Treatment of an intramammary bacterial infection with 25-hydroxyvitamin D(3).

Ten lactating cows were infected with in one quarter of their mammary glands. Half of the animals were treated intramammary with 25-hydroxyvitamin D(3). 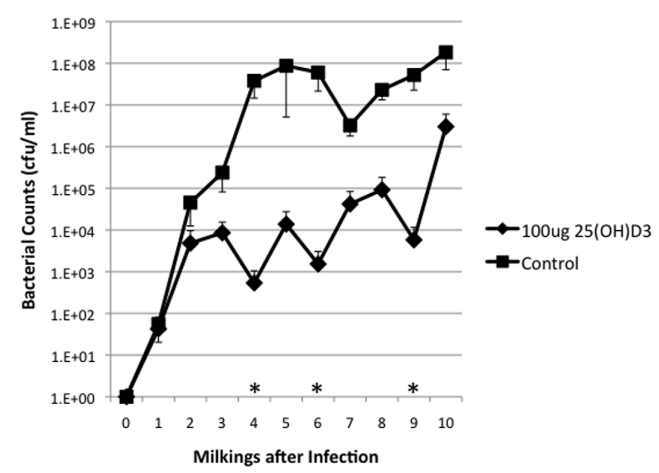 Bacterial infection in cows reduced with vitamin D – Oct 2011         Printer Friendly PDF this page! Follow this page for updates
This page is in the following categories (# of items in each category)