Changes to the frequency and appropriateness of vitamin D testing after the introduction of new Medicare criteria for rebates in Australian general practice: evidence from 1.5 million patients in the NPS Medicine Insight database

Australia now only pays for vitamin D tests where it is associated with a handfull of conditions
This restriction has reduced total cost of testing, but will probably end up increasing total cost of health problems due to undetected low vitamin D

Items in both categories Australia/NZ and Vitamin D Test are listed here: 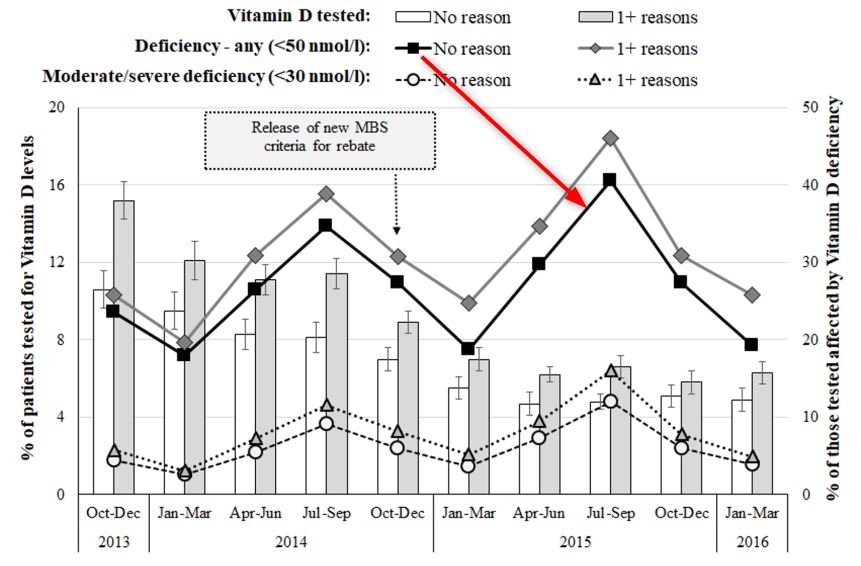 Lots of Vitamin D deficiency far from the equator 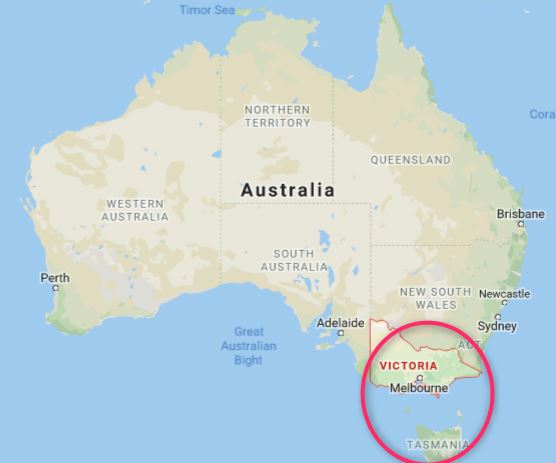 Objectives To assess changes in the frequency of vitamin D testing and detection of moderate/severe vitamin D deficiency (<30 nmol/L) among adults after the introduction of new Medicare Benefits Schedule (MBS) rebate criteria (November 2014), and their relationship to sociodemographic and clinical characteristics.

Outcome measures The frequency of vitamin D testing (per 1000 consultations) and moderate/severe vitamin D deficiency (%) recorded between October 2013 and March 2016, stratified by the release of the new MBS criteria for rebate.

Results More patients were female (57.7%) and 30.2% were aged 60+ years. Vitamin D testing decreased 47% (from 40.3 to 21.4 tests per 1000 consultations) after the new MBS criteria, while the proportion of tests with no indication for being performed increased from 71.3% to 76.5%. The proportion of patients identified as moderate/severe vitamin D deficient among those tested increased from 5.4% to 6.5%. Practices located in high socioeconomic areas continued to have the highest rates of testing, but moderate/severe vitamin D deficiency detection remained 90% more frequent in practices from low socioeconomic areas after the rebate change. Furthermore, the frequency of individuals being tested was reduced independent of the patients’ sociodemographic or clinical condition, and the gap in the prevalence of vitamin D deficiency detection between those meeting or not meeting the criteria for being tested remained the same. Moderate/severe vitamin D deficiency detection decreased slightly among patients with hyperparathyroidism or chronic renal failure.

Although the new criteria for rebate almost halved the frequency of vitamin D testing, it also

Therefore, despite a marked reduction in healthcare (testing) costs,
the introduction of the new MBS criteria for rebate resulted in some unintended consequences: the changes

Further studies could explore the ongoing, non-financial, health costs of these changes and develop practice, GP and patient-centric interventions to improve the appropriateness of vitamin D testing.

Australians paying for most Vitamin D tests, 40 percent deficient in winter - March 2019         Printer Friendly PDF this page! Follow this page for updates
This page is in the following categories (# of items in each category)
Tests for Vitamin D 143 Vitamin D in Australia and New Zealand 63