Note by Henry Lahore of VitaminDWiki

Relative to visible LEDs, UV LEDs are a quiet market at only $30 million, yet recent breakthroughs in radiant power and intensity have enabled the displacement of mercury-vapor lamps in applications including UV curing and counterfeit detection, reports LAURA PETERS.

Below the visible spectrum lies a band of wavelengths called ultraviolet (UV). Ranging from 100 to 400 nm, the radiation can effectively be used to sterilize cosmetics, perform forensic analysis, cure materials (Fig. 1) and disinfect water, among many other applications. Today, as is the case with LEDs in the visible spectrum, UV LEDs are only beginning to replace the established UV sources in a likewise diverse array of markets.

“Compared to the multibillion dollar LED lighting industry, the UV-LED market is a rounding error at around $30 million, but it is growing rapidly,” said Mike Lim, director of global industrial and new business for Luminus Devices, based in Billerica, MA.

By far, the UV curing market is enjoying the greatest surge in UV-LED adoption due to the relatively recent breakthrough in flux density of UV-LED chips beyond the 4W/cm2 mark at the different wavelengths needed to bring UV-LED curing into production facilities. “For the first time, LEDs have reached the power densities that make UV LEDs competitive with existing sources,” said Uwe Thomas, general manager of emitter components with LED Engin, a provider of UV and visible LEDs based in Santa Clara, CA.

Curing involves the cross-polymerization of a photosensitive material, which can be an ink (printing), adhesive or coating, and is primarily performed at 395 nm, 385 nm or 365 nm, wavelengths which are part of the UV-A spectrum (315-400 nm). Another important UV-A application is inspection systems based on machine vision. UV-LED flashlights in this range are used to detect fraudulent identification and currency, and offer the benefit of use in well-lit environments, which is difficult using a mercury-vapor lamp.

In the UV-B spectrum (280-315 nm), applications for UV LEDs include curing, medical light therapy, forensic analysis and drug discovery. It has been estimated by market research firm Yole Développement (Lyon, France) that 90% of UV LED applications today are based in the UV-A and UV-B regions (Fig. 4). Yole has stated that it expects the market for UV LEDs to grow by 30% annually from $25 million in 2010 to more than $100 million in 2016. Fig. 5 shows an even more optimistic forecast from the Optoelectronics Industry Development Association, the International Optoelectronics Association and the European Photonics Industry Consortium.

Beyond these applications, UV-B radiation is known to have beneficial health properties including the natural synthesis of vitamin D in humans who are exposed to sunlight. UV-B also accelerates the production of polyphenols in certain leafy vegetables such as red lettuce. Polyphenols are believed to have antioxidant qualities. “Generally these plants are grown in greenhouses today, which intentionally filter out the UV portion of the spectrum in order to maximize plant growth. Interestingly, we have evidence that when those plants are exposed to UV-B LEDs a short time before harvest, their polyphenol content is boosted without compromising plant mass,” explained Cary Eskow, global director of advanced LEDs and illumination for Avnet Electronics Marketing in Phoenix, AZ, which distributes UV LEDs. He continued “This is a novel method for increasing the appeal of some foods without using chemicals. Polyphenols also have received attention due to their purported anticarcinogenic, antiproliferative and antimutagenic properties.” 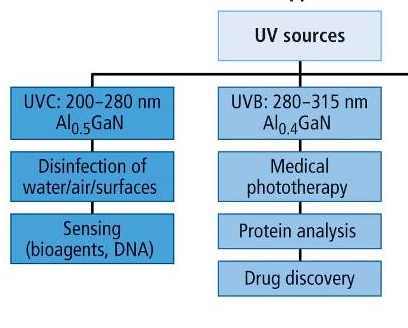 FIG. 4. Most applications are in the UV-A and UV-B parts of the spectrum.

UV-LED manufacturers focus on continually improving the efficiency and lifetime of their devices while reducing cost. Seoul Optodevice has a manufacturing partnership agreement with SETi, which manufactures a broad range of UV LEDs and lamps, and performs everything from wafer processing to custom lamp design. The company provides UV emitters in hermetically-sealed metal-glass packages (TO-18, TO-39 and TO-3), with standard products and custom solutions spanning the wavelength range from 240 to 355 nm. Figure 6 shows examples of UV-LED arrays in lamps designed to deliver radiation in the 300-320 nm range for phototherapy applications such as the treatment of skin conditions such as psoriasis or eczema.

Tim Bettles, director of marketing and sales at SETi stated that its manufacturing agreement with Seoul Optodevice is designed to help SETi drive its volumes of UV LEDs and lamps higher while driving down costs. “Our first UV-LED products were launched in 2004 and since then, we have come a long way in both technology development and market adoption. We are now gearing SETi’s capacity for high-volume manufacturing to cater to new demands coming from mainstream consumer markets,” said Bettles. SETi recently announced the purchase of a new facility, where it plans to manufacture over 100 million UV LEDs per year.

Devin Tang, marketing manager of SemiLEDs stated that the company has a full line of bare dice and surface-mount high power packaged LEDs in the 360-400-nm range. He noted that the company’s products are differentiated from others with respect to the chips’ copper-alloy substrates, which allow high thermal conductivity (400 W/mK) and silicon substrates in the packages, which reduce cost. 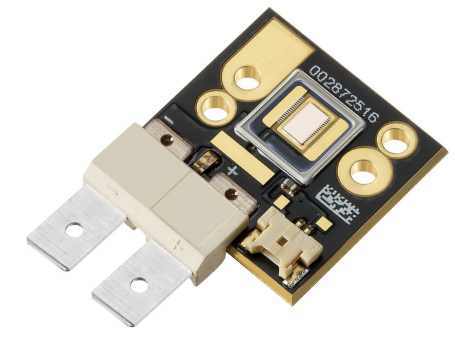 1 watt optical output UVB LED array – Feb 2012         Printer Friendly PDF this page! Follow this page for updates
This page is in the following categories (# of items in each category)
UV and Vitamin D 342

Vitamin D bulb for use in the home - or perhaps office