VitaminDWiki pages with HOLLIS or WAGNER in title

Dr. Hollis is referenced many times in VitaminDWiki Overview of Vitamin D Before, During, and After Pregnancy 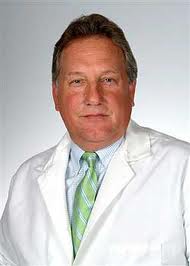 Click on arrow below to listen to the interview

Description of the conference


Vitamin D and its critical role in pregnancy, infancy and childhood will be canvassed at a symposium at the Albany campus on November 18.

Speakers include one of the world's leading researchers on vitamin D deficiency in infants and children, American paediatrician Professor Bruce Hollis, who will discuss findings from his recent research on vitamin D supplementation during pregnancy and breastfeeding. He is the director of Paediatric Sciences at the Medical University of South Carolina and has studied vitamin D metabolism and nutrition for the past 35 years.

Other speakers are Professor Caryl Nowson from Australia, who will talk on vitamin D in the New Zealand and Australian food supply, and Dr Pamela von Hurst, a Massey nutrition researcher, who will discuss the vitamin D status of young women and various ethnic groups in New Zealand.

Dr von Hurst, from the Institute of Food, Nutrition and Human Health, is the co-director of the University's new Vitamin D Research Centre, which is hosting the Wyeth Nutrition-sponsored symposium. She says the vital role of vitamin D in a wide range of health issues is becoming better understood.

Vitamin D is a hormone that regulates more than a tenth of human genes and plays a key role in skeletal health as well as ensuring cells throughout the body function. The sun is the primary source. Vitamin D deficiency is associated with osteoporosis, some cancers, multiple sclerosis, diabetes, insulin resistance, hypertension, heart disease, respiratory infections, muscle weakness, mood and cognitive function, infectious diseases such as influenza. "The list keeps growing," Dr von Hurst says.

The re-emergence of childhood rickets in New Zealand recently highlighted concerns about vitamin D deficiency. "It is only recently that there has been any acknowledgement that people living in countries like New Zealand and Australia could be vitamin D deficient. Unlike North America and Northern Europe, we do not have any significant fortification of the food supply with Vitamin D, probably because it has never been thought to be necessary.

"However, as the population becomes more compliant with the sun safety messages, and as lifestyles become more sedentary and less time is spent outdoors, it will not be surprising to see vitamin D levels dropping across the population. In some circles there is talk of a world-wide epidemic of vitamin D

Breastfeeding mother getting 6400 IU of Vitamin D is similar to infant gettin...Overview Pregnancy and vitamin DVitaminDWiki interview and transcript - Jan 2022