Pregnancies need a lot of vitamin D, even before conception - Hollis Dec 2018

Commentary– Vitamin D status during pregnancy: The importance of getting it right 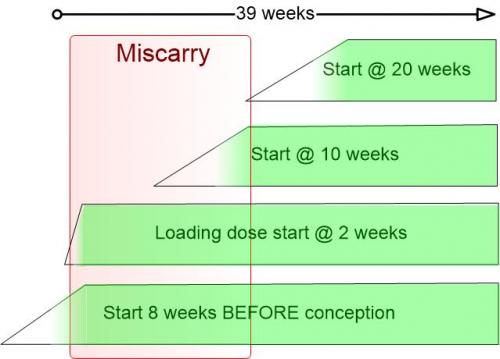 VitaminDWiki pages with HOLLIS or WAGNER in title

In this issue of EBioMedicine Enkhmaa et al. [1] conducted a randomized clinical trial (RCT) that demonstrates the amount of vitamin D that must be supplemented to achieve adequate vitamin D status in a vitamin D deficient pregnant population. As had been demonstrated in similar populations [2,3], the amount of vitamin D to be supplemented far exceeds the amount currently recommended by the National Academy of Medicine [4].
The amount of vitamin D supplemented during pregnancy has long been a contentious subject due to the false association of vitamin D being a teratogen leading to Williams Syndrome [5]. This association which is now known to be false, has caused generations of Obstetricians that fear vitamin D [6]. The current paper as well as those before it have clearly demonstrated vitamin D to be safe at up to 4000 IU/d [1-3,6-9]. In all of these studies, NOT A SINGLE ADVERSE EVENT has been associated with vitamin D supplementation [1-3,6-9].
Thus, it is now known that this level of vitamin D can be safely administered during pregnancy.
However, what would be the advantage of doing so?
A lack of vitamin D is long known to have adverse effects on skeletal development [6].
In fact, we used vitamin D and its ability to improve calcium homeostasis as the primary specific aim to obtain funding from NIH to conduct a clinical trial in 2001 [6]. Ultimately, this trial was funded but not before we obtained investigational drug approval from the FDA to study the administration of up to 4000 IU/d during pregnancy [6]. As stated earlier our primary goals were to determine how much vitamin D was required to achieve adequate vitamin D status, as defined by circulation 25(OH)D, and the effects it would have on skeletal homeostasis. Of course, another objective of the study was to prove that this amount of vitamin D during pregnancy was safe. What this study ultimately showed us is that vitamin D supplementation during pregnancy could reduce birth complications. Now this benefit was not a primary end point of this original study because in 2001 we did not know enough to even ask the question.

When the prior study was completed and the results presented at a vitamin D workshop in Brugge, Belgium, to put it simply, nobody believed the data nor the positive outcomes on birth complications. However, the results spurred a large field of investigation that led to many more studies of this avenue [2-4,7-10] including the current paper [1]. Most of these clinical trials have validated the positive effects of prenatal vitamin D on birth outcomes [3,7-9] while some have not [4]. There are major differences in these trials with respect to when vitamin D was administered during pregnancy and the amount administered.
Studies that have been negative have not supplemented adequate amounts of vitamin D and/or administered vitamin D too late in the pregnancy cycle [4].
Recent studies have demonstrated that vitamin D needs to be administered as early in the pregnancy as possible. In fact, it appears to be critical to provide vitamin D in the preconception period to ward off preeclampsia and/or preterm birth [8-10].
This is likely due to the fact that vitamin D is essential in the first trimester of pregnancy to ensure proper placental development and lung development during this important period to prevent childhood asthma [7]. Providing vitamin D after this critical developmental period appears to not correct these developmental deficiencies [9] and thus the failure of clinical trials [4]. The problem is that the preconception studies have only been observational. Ideally, these preconception studies need to undergo RCT, however this may never happen because of the expense of such a study would incur. It is possible therefor that we will be forced to make decisions on this matter using only observational data.
We remain at a crossroads with respect to using vitamin D during pregnancy to improve the birth complication rate. Naysayers continue to ask for more studies on the basis of safety concerns even though not a single adverse event has been observed in previous studies. Conversely, many potential benefits have been observed in these studies. The fact remains that vitamin D is the only substance shown to decrease preeclampsia rates and subsequent preterm birth. If vitamin D were a pharmaceutical it would be worth billions of dollars and that is probably a major fact in the non-acceptance of vitamin D for this purpose, competition with pharmaceutical companies as vitamin D is essentially free.

Pregnancies need a lot of vitamin D, even before conception - Hollis Dec 2018         Printer Friendly Follow this page for updates
This page is in the following categories (# of items in each category)
Pregnancy 785