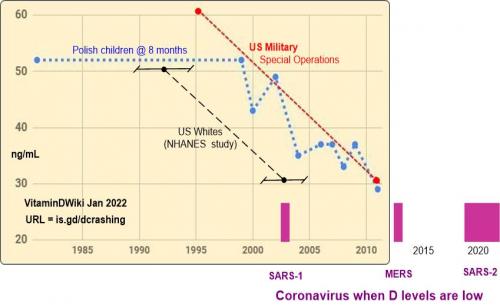 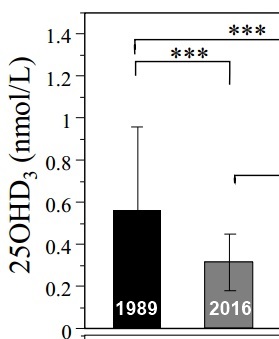 Method: Lactating mothers were recruited from three regions of Japan in 1989 (n = 72) and 2016–2017 (n = 90), and milk from 3–4 months was collected in summer and winter. The samples were strictly sealed and stored at −80℃ until measurement. Breast milk vitamin D and 25OHD concentrations were analyzed by LC-MS/MS. Vitamin D intake, sun exposure, and sunscreen use of the lactating mothers in 2016–2017 were assessed.