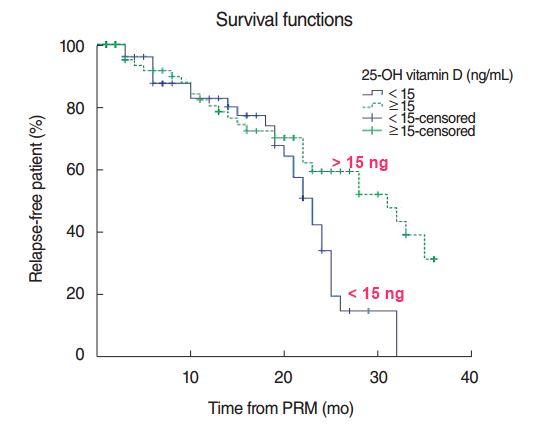 Objectives.
The purpose of the present study was to examine the effect of serum vitamin D concentrations on the longterm recurrence rates of benign paroxysmal positional vertigo (BPPV) patients.

Conclusion.
The present study investigated the recurrence rates of BPPV in patients for a long time without limiting the sex, age, or locations of semicircular canals and it could be seen that serum vitamin D concentrations significantly affected the recurrence of BPPV.

Vertigo (BPPV) much more likely to reoccur if low Vitamin D – Feb 2019         Printer Friendly PDF this page! Follow this page for updates
This page is in the following categories (# of items in each category)
Seniors 362