CONCLUSIONS: Plasma 25(OH)D concentrations were lower in vegetarians and vegans than in meat and fish eaters; diet is an important determinant of plasma 25(OH)D in this British population.
PMID: 20854716

Figure 1 Vitamin D levels vs type of food and season 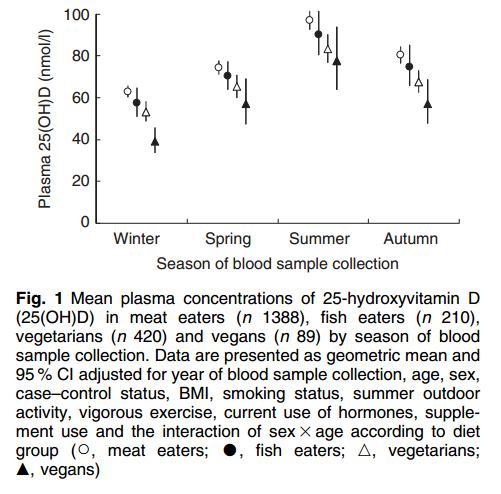 Unlikely that 100 IU extra vitamin D in the meat would have resulted in 10ng more in the blood: see following

Printer Friendly PDF this page! Follow this page for updates
This page is in the following categories (# of items in each category)
Food sources for Vitamin D 107
Edit Comments Files 2