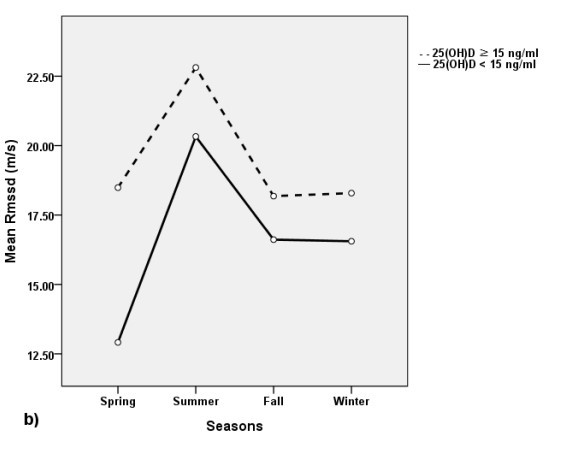 Low heart rate variability (a bad thing) is associated with low vitamin D – Oct 2014         (Cached) Printer Friendly PDF this page! Follow this page for updates
This page is in the following categories (# of items in each category)
Cardiovascular 437