Prevalence and correlates of vitamin D deficiency in US adults

The overall prevalence rate of vitamin D deficiency was 41.6%, with the highest rate seen in blacks (82.1%), followed by Hispanics (69.2%). Vitamin D deficiency was significantly more common among those who had no college education, were obese, with a poor health status, hypertension, low high-density lipoprotein cholesterol level, or not consuming milk daily (all P < .001).

were all significantly, independently associated with vitamin D deficiency (all P < .05). 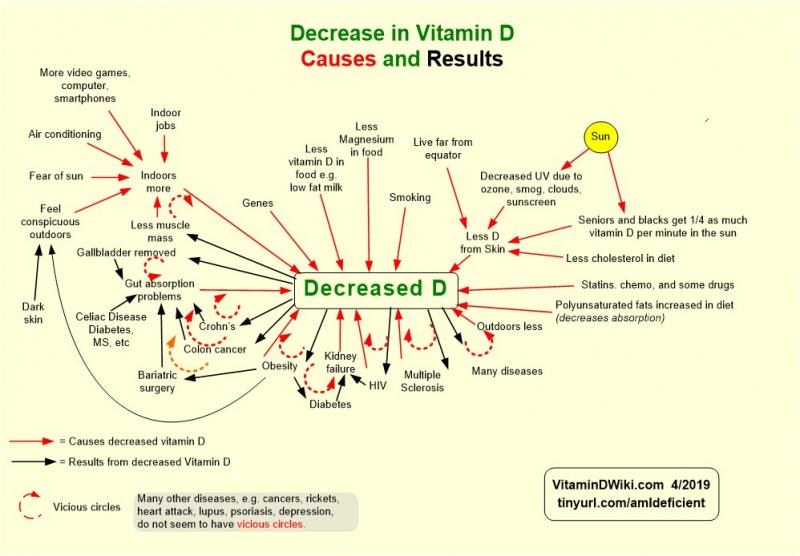 Groups associated with less than 20ng vitamin D – NHANES Jan 2011         Printer Friendly PDF this page! Follow this page for updates
This page is in the following categories (# of items in each category)
Deficiency of Vitamin D 414 High Risk 59