Exposure to glyphosate-based herbicides and risk for non-Hodgkin lymphoma: A meta-analysis and supporting evidence 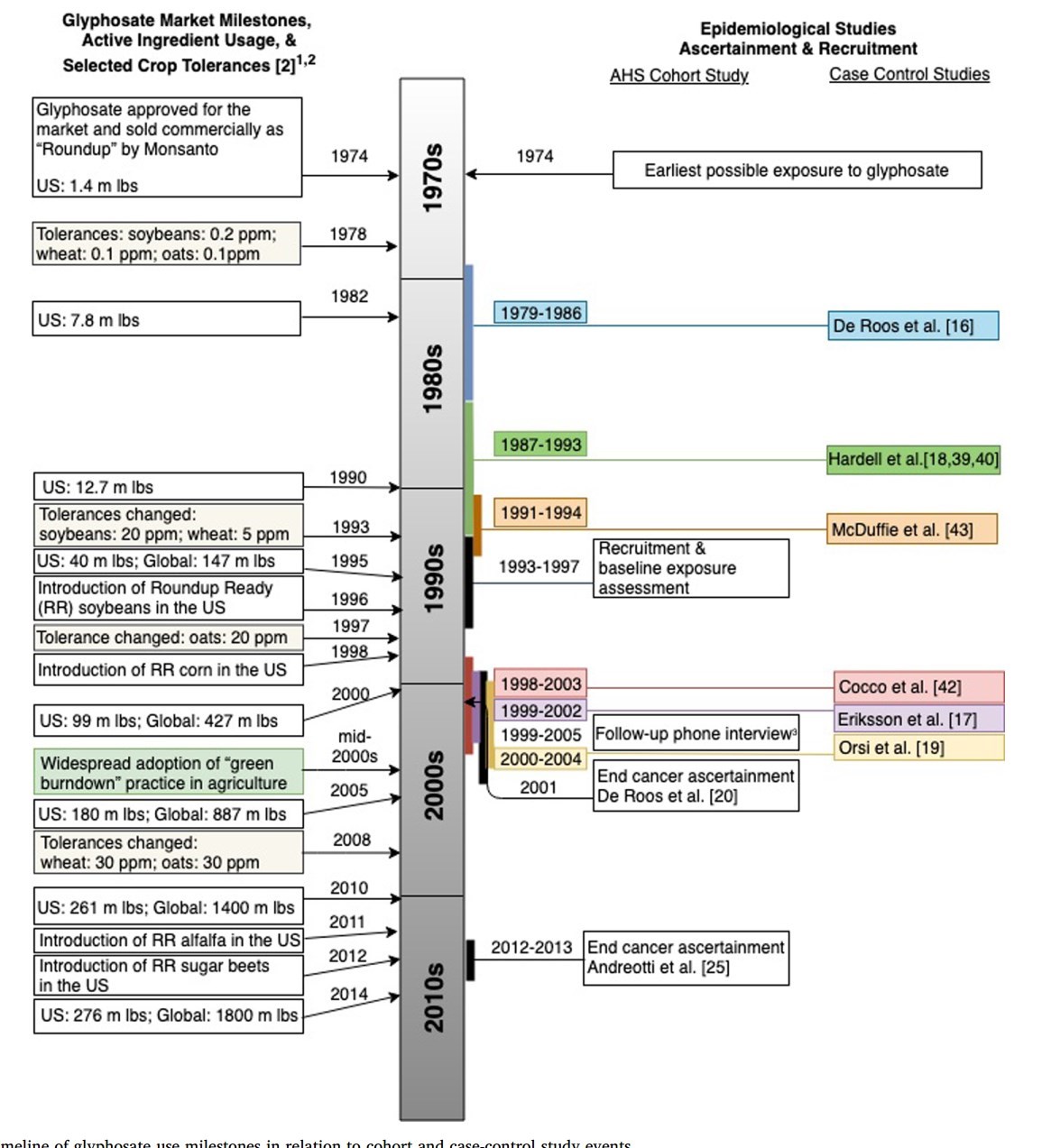 Glyphosate is the most widely used broad-spectrum systemic herbicide in the world. Recent evaluations of the carcinogenic potential of glyphosate-based herbicides (GBHs) by various regional, national, and international agencies have engendered controversy. We investigated whether there was an association between high cumulative exposures to GBHs and increased risk of non-Hodgkin lymphoma (NHL) in humans. We conducted a new meta-analysis that includes the most recent update of the Agricultural Health Study (AHS) cohort published in 2018 along with five case-control studies. Using the highest exposure groups when available in each study, we report the overall meta-relative risk (meta-RR) of NHL in GBH-exposed individuals was increased by 41% (meta-RR = 1.41, 95% confidence interval, CI: 1.13–1.75). For comparison, we also performed a secondary meta-analysis using high-exposure groups with the earlier AHS (2005), and we calculated a meta-RR for NHL of 1.45 (95% CI: 1.11–1.91), which was higher than the meta-RRs reported previously. Multiple sensitivity tests conducted to assess the validity of our findings did not reveal meaningful differences from our primary estimated meta-RR. To contextualize our findings of an increased NHL risk in individuals with high GBH exposure, we reviewed publicly available animal and mechanistic studies related to lymphoma. We documented further support from studies of malignant lymphoma incidence in mice treated with pure glyphosate, as well as potential links between glyphosate / GBH exposure and immunosuppression, endocrine disruption, and genetic alterations that are commonly associated with NHL or lymphomagenesis. Overall, in accordance with findings from experimental animal and mechanistic studies, our current meta-analysis of human epidemiological studies suggests a compelling link between exposures to GBHs and increased risk for NHL.

Printer Friendly PDF this page! Follow this page for updates
This page is in the following categories (# of items in each category)
Meta-analysis of Vitamin D 456 Glyphosate 26
Edit Comments Files 2