Results from large epidemiologic studies on the association between vitamin D and gastric cancer are controversial. Vitamin D significantly promotes apoptosis in the undifferentiated gastric cancer cell, but the prognostic effects of its levels are unknown.
Methods

197 gastric carcinoma patients who received treatment in the cancer centre of Sun Yat-sen University from January 2002 to January 2006 were involved in the study. The stored blood drawn before any treatment was assayed for 25-hydroxyvitamin D levels. The clinicopathologic data were collected to examine the prognostic effects of vitamin D.
Results

Conclusions Vitamin D deficiency may be associated with poor prognosis in gastric cancer. 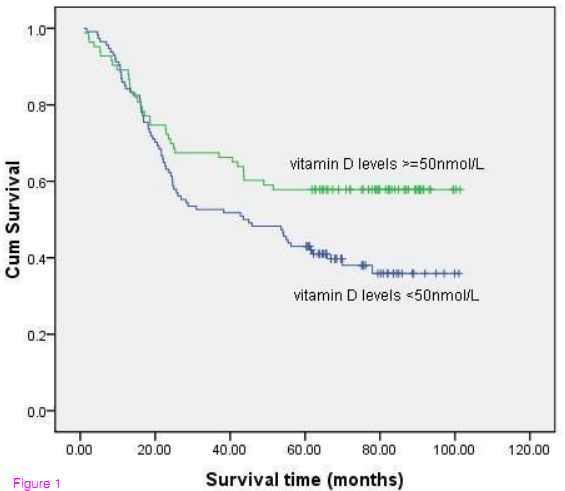 Gastric Cancer patients with more vitamin D more likely to live– Feb 2012         Printer Friendly PDF this page! Follow this page for updates
This page is in the following categories (# of items in each category)
Cancer - Other 56