Two articles on this page

Good 2011 review of UV and blue light and macular degeneration

Abstract: Age-related macular degeneration (AMD) is a leading cause of blindness in the western world. The retina is highly susceptible to photo- chemical damage from continuous exposure of light and oxygen. The cornea and the lens block a major portion of the ultraviolet (UV) radiation from reaching the retina (,295 nm). The relationship between UV light exposure and AMD is unclear, although short wavelength radiation and the blue light induce significant oxidative stress to the retinal pigment epithelium. Epi- demiologic evidence indicates a trend toward association between severity of light exposure and AMD. In this review, we discuss type 1 and type 2 photochemical damage that occurs in response to UV exposure. We ex- amine the impact of different doses of exposure to UV radiation and the subsequent production of oxidative stress in AMD. Local and systemic protective mechanisms of the retina including antioxidant enzymes and macular pigments are reviewed. This article provides a review of possible cellular and molecular effects of UV radiation exposure in AMD and potential therapies that may prevent blindness resulting from this disease.

CONCLUSIONS: This review focuses on both protective and promoting factors of UV radiation damage because it relates to AMD. Antioxidant enzymes and visual pigments present in the retinal milieu neutralize RPE oxidative stress and cell death associated with both AMD and UV radiation damage. A few clinical studies have addressed the role of UV radiation exposure in AMD. As discussed in the previous sections, some studies have found a significant clinical correlation between UV radiation exposure and AMD, whereas others have not. Thus, more studies in this area are warranted. The discrepancy in the results may be because of patient selection criteria and could explain the insignificant correlation between UV radiation and AMD observed in some clinical studies. Patients from different geographical areas or from rural versus urban dwellings are exposed to varying degrees of sunlight and thus varying levels of UV radiation.84 Patients from different ethnic backgrounds, with more or less melanin in their melanocytes, or patients of different ages have different protection against UV radiation and different UVA and UVB accumulation rates. Future research studies should take into account all these variable parameters for more homogeneous results to be obtained.

Most clinical studies do not address molecular and in vitro effects of UV radiation in AMD.85 A few reports in the literature have looked at the mechanisms of UV radiation action in regulating AMD pathogenic processes.

Extensive research has been performed regarding UV radiation mechanisms and effects in most cellular systems. Ultraviolet radiation acts at DNA, protein, and cellular levels. Certain areas of UV radiation research may prove to be especially relevant to AMD as well. Ultraviolet-induced DNA damage consists of the formation of cyclobutane pyrimidine dimers. These DNA damages are eliminated by nucleotide excision repair of 25 to 30 oligonucleotide DNA fragments. More interestingly, UV radiation affects mito-chondrial DNA as well. By taking into consideration mitochondrial mechanisms, association of UV radiation effects with progression of AMD disease is possible. As a person progresses through life, UV waves from direct sunlight produce an accumulation of mitochondrial DNA mutations leading to mitochondrial dysfunction and consequent increased ROS production.86 These changes are associated with aging and AMD, because RPE cells are susceptible to oxidative stress, as is the rest of the retina. More studies should address the role of mitochondrial metabolism in linking UV radiation exposure with AMD.

At the protein level, light promotes the formation of drusen, a major inducer of AMD and also slows down retinal-specific processes, such as phagocytosis of the outer layer of the photoreceptors. These results suggest UV radiation acts as a promoter of AMD disease, especially under chronic exposure conditions.

At the cellular level, UV radiation activates MAPK, AKT, and proinflammatory pathways. The components of these pathways may constitute potential targets for therapeutic intervention. Although a definitive answer to the role of UV radiation in AMD has not yet been established, it is our conclusion that sufficient association exists that warrants further exploration. 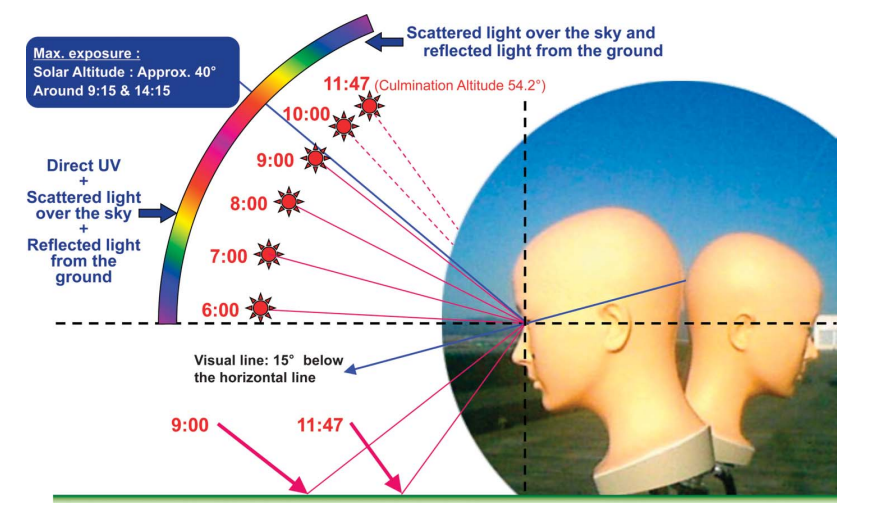 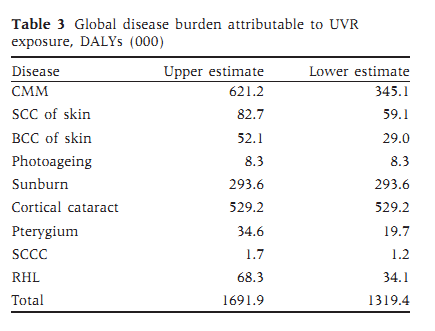 UV and macular degeneration         Printer Friendly PDF this page! Follow this page for updates
This page is in the following categories (# of items in each category)