Variants of the vitamin D binding protein (VDBP) gene appear to be associated with levels of the main circulating vitamin D metabolite, 25-hydroxyvitamin D (25(OH)D. We examined the associations between the common variants of the VDBP (GC) gene and concentrations of 25(OH)D in a sample of young Canadian adults of East Asian, European and South Asian ancestry, taking into account the effect of vitamin D intake, skin pigmentation, sex, BMI, sun exposure and season.

After controlling for relevant predictor variables in multiple regression models, the number of GC-2 (436 K) alleles was found to be associated with lower 25(OH)D concentrations in the East Asian sample at fall and winter visits.


Vitamin D intake was also significantly predictive of serum 25(OHD) concentrations, and similarly to what was observed for the GC polymorphisms, the relative strength of the association was influenced by ancestry and season. 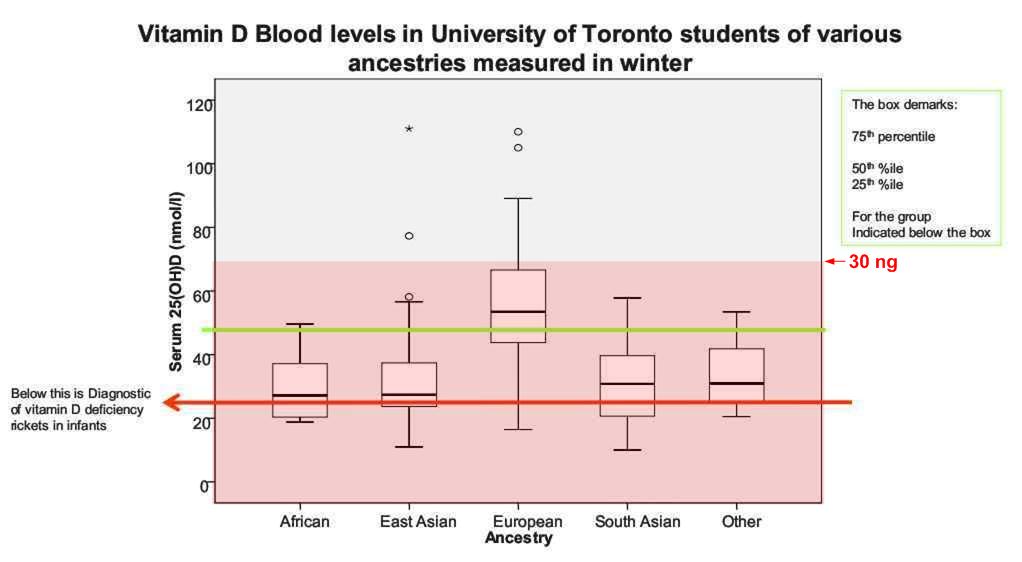 Large seasonal variation in vitamin D levels associated with poor bone health...Bio-available Vitamin D is reduced by half during pregnancy – Jan 2017Vitamin D seasonality is a function of amount of atmosphere in the way – June...