Sunscreen in a pill (with low SPF)

page is under construction

$1/pill
Notes
Combination of antioxidents, each of which have been independently proven to reduce skin aging and tanning.
Probably start with 2 pills a day for a week or so then 1 pill a day.
After about 2 months it appears to build up to having a Sunscreen Protection Factor (SPF) of about 4
They have sold 1,000’s of bottles in the US and Asia since 2010
They believe that even tiny amount of sun causes damage.
VitaminDWiki suspects that

Available on US Amazon and their website – where they ship internationally.
Testamonials include people who had been “allergic” to the sun being able to be out in the sunscreen
Website includes lots of studies on each of the ingredients. 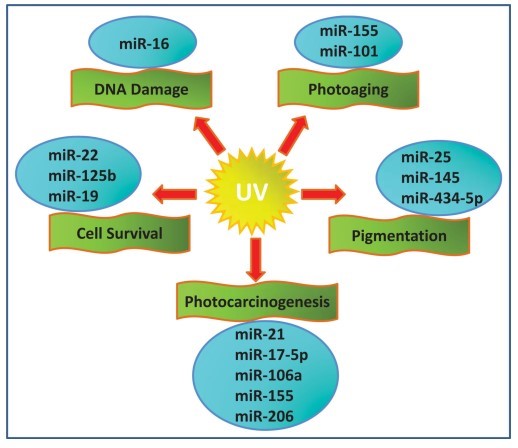 MicroRNAs in skin response to UV radiation Sept 2013 PDF at bottom of this page
Solar ultraviolet (UV) radiation, an ubiquitous environmental carcinogen, is classified depending on the wavelength, into three regions; short-wave UVC (200-280 nm), mid-wave UVB (280-320 nm), and long-wave UVA (320- 400 nm). The human skin, constantly exposed to UV radiation, particularly the UVB and UVA components, is vulnerable to its various deleterious effects such as erythema, photoaging, immunosuppression and cancer.
To counteract these and for the maintenance of genomic integrity, cells have developed several protective mechanisms including

The network of damage sensors, signal transducers, mediators, and various effector proteins is regulated through changes in gene expression. MicroRNAs (miRNAs), a group of small non-coding RNAs, act as posttranscriptional regulators through binding to complementary sequences in the 3´-untranslated region of their target genes, resulting in either translational repression or target degradation. Recent studies show that miRNAs add an additional layer of complexity to the intricately controlled cellular responses to UV radiation. This review summarizes our current knowledge of the role of miRNAs in the regulation of the human skin response upon exposure to UV radiation.

From DNA repair to proteome protection: new molecular insights for preventing non-melanoma skin cancers and skin aging March 2014
Non-melanoma skin cancers (NMSC) are the most common human neoplasms and continue to represent an important public health issue with greater than one million cases diagnosed each year. The primary factor contributing to the molecular pathogenesis of NMSC is unprotected skin exposure to ultraviolet (UV) radiation, ie, UVA (wavelength: 315-400 nm) and UVB rays (wavelength: 280-315 nm) with additional albeit less damaging factors of infrared radiation (wavelength: ~750 nm-1 mm) and environmental pollutants. Skin carcinogenesis by DNA damage is the current predominant paradigm of UV toxicity, which may be caused by direct damaging effects of energy deposited by photons or indirect oxidative action of short-lived reactive oxygen species (ROS) formed from water that reacts with biomacromolecules. UV rays are capable to induce direct both DNA damages, mainly consisting in the formation of helix-distorting photoproducts such as cyclobutane pyrimidine dimers ( CPDs), as well as oxidative damage to DNA bases, including the formation of 8 - oxo - 7, 8-dihydro-2'-deoxyguanosine (8OHdG). Growing evidence also suggests that the efficiency of DNA repair after exposure to UV radiation is crucially dependent on the levels of oxidative protein damage, including but not limited to DNA repair proteins. Besides DNA lesions, UV-induced oxidative stress can indeed result in carbonylation of proteins, a major form of irreversible protein damage that inactivates their biological function. Interestingly, microorganisms characterized by extreme resistance to UV rays have an intrinsic capacity to protect their proteome, rather than genome, from radiation-induced damage, suggesting that protein carbonylation (PC) may serve as a reliable and innovative biomarker of UV photodamage. This review discusses the main DNA and protein markers of UV-induced damage (eg, CPDs, 8OHdG, and PC) and their relationship and importance to the current understanding of skin carcinogenesis. The identification of key DNA and protein signatures of photodamage may represent a therapeutic target for translational studies of innovative therapeutic and preventive approaches for reducing both skin aging and the morbidity and mortality associated with NMSC.

OBJECTIVE:To evaluate the effects of low levels of UV-A1 irradiation, as might be encountered in daily life, on expression of matrix metalloproteinase 1 and type I procollagen (the precursor of type I collagen).

MAIN OUTCOMES AND MEASURES:Skin pigmentation was measured by a color meter (chromometer) under the L* variable (luminescence), which ranges from 0 (black) to 100 (white). Gene expression in skin samples was assessed by real-time polymerase chain reaction.

Ultraviolet radiation absorbed by the epidermis is the major cause of various cutaneous disorders, including photoaging and skin cancers. Although topical sunscreens may offer proper skin protection, dietary plant compounds may significantly contribute to lifelong protection of skin health, especially when unconsciously sun UV exposed. A combination of rosemary and citrus bioflavonoids extracts was used to inhibit UV harmful effects on human HaCaT keratinocytes and in human volunteers after oral intake. Survival of HaCaT cells after UVB radiation was higher in treatments using the combination of extracts than in those performed with individual extracts, indicating potential synergic effects. The combination of extracts also decreased UVB-induced intracellular radical oxygen species (ROS) and prevented DNA damage in HaCaT cells by comet assay and decreased chromosomal aberrations in X-irradiated human lymphocytes. The oral daily consumption of 250 mg of the combination by human volunteers revealed a significant minimal erythema dose (MED) increase after eight weeks (34%, p < 0.05). Stronger protection was achieved after 12 weeks (56%, p < 0.01). The combination of citrus flavonoids and rosemary polyphenols and diterpenes may be considered as an ingredient for oral photoprotection. Their mechanism of action may deserve further attention.

Note: Sunscreen in a pill has Vitamin C, not Cirtus

I think that the function may be non-linear.

That is: The UVB photons received at high intensity contribute much more to skin ageing than the low intensity photons.
Over a millions years of evolution seems to have provided a way for most bodies and even cellular creatures to quickly deal with UVB damage - even in the era when the UVB was 10X stronger.
I notice, for example, that small scale DNA skin damage in corrected in < 1 nanosecond.

In the extreme non-linearity implies: Far less likely to have skin ageing (skin cancer, DNA damage, etc) if that portion of skin had never burned.

UV – adverse and beneficial effects – review Nov 2014 has the following

Sunscreen in a pill (with low SPF)         Printer Friendly PDF this page! Follow this page for updates
This page is in the following categories (# of items in each category)
Noontime sun and D 304