What is the relationship between UV B and global incidence rates of colorectal cancer? 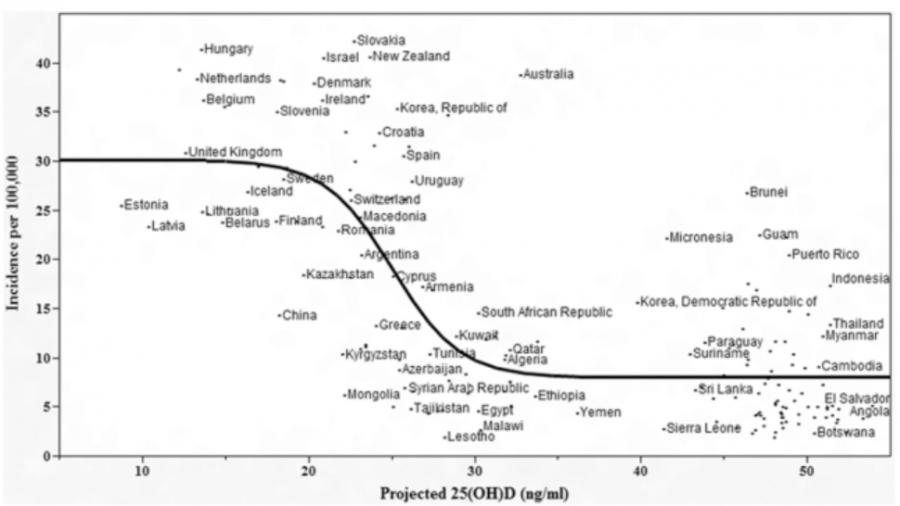 The above study appears to disagree with the following meta-analysis

Methods: Meta-analysis and meta-regression of studies reporting on 25(OH)D in healthy subjects retrieved from Pubmed, Embase and Web of Science using the terms “serum”, “25-hydroxy-vitamin D”, “cholecalciferol”, and “human”. A total of 394 studies were included.

Conclusion: There was no overall influence of latitude on 25(OH)D.
However, in separate analyses 25(OH)D decreased with latitude in Caucasians but not in non-Caucasians.
A widespread global vitamin D insufficiency was present compared with proposed threshold levels.

short URL for this page = http://is.gd/D0lkwi

Colon Cancer vs vitamin D, 30 ng is good - Chart Feb 2013         Printer Friendly PDF this page! Follow this page for updates
This page is in the following categories (# of items in each category)
Cancer - Colon 119