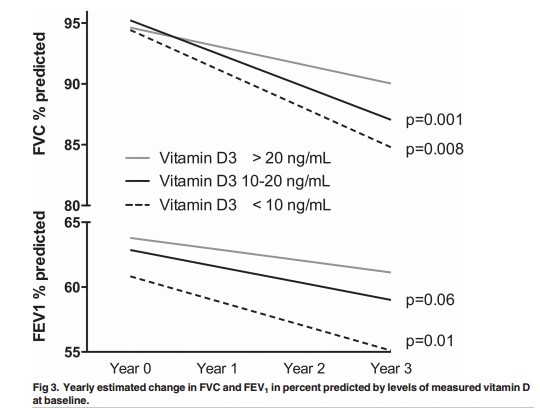 Results: 1/3 of the patients had vitamin D deficiency (<20ng/mL) and a greater decline in both FEV1 and FVC, compared to patients with normal levels; for FEV1 this difference only reached statistical significance in the 28 patients with the lowest levels (<10ng/mL, p = 0.01). Neither 25(OH)D nor VDBP levels predicted exacerbation rate, change in fat free mass index or risk of death. 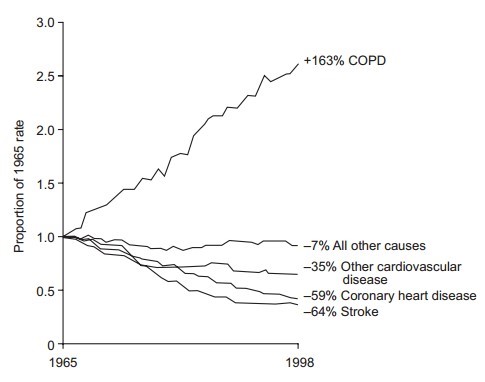 Printer Friendly PDF this page! Follow this page for updates
This page is in the following categories (# of items in each category)
Breathing 365
Edit Comments Files 2