Re: Validity and Use of the UV Index; a response to the UVI Working Group of the ICNIRP
their response is attached at the bottom of this page
William B. Grant, Ph.D., Sunlight, Nutrition and Health Research Center, San Francisco, CA, 94164-1603, USA, wbgrant at infionline.net, www.sunarc.org
December 10, 2012;

In 2005, the International Commission on Non-ionizing Radiation Protection (ICNIRP) held an international workshop on UV exposure guidance: a balanced approach between health risks and health benefits of UV and vitamin D [no authors, 2006]. I attended that workshop and presented a paper reviewing the epidemiology of disease risk in relation to vitamin D insufficiency [Grant, 2006]. Of the 22 papers arising from that workshop, six of the seven papers with the highest citations according to scholar.google.com (includes journals and websites) were on vitamin D and its health benefits [Grant, 2006 (113 citations); Holick, 2006 (168 citations); Lips, 2006 (373 citations); Webb, 2006 (150 citations); Vieth, 2006 (121 citations); Zittermann, 2006 (233 citations)] but only one regarding the adverse health effects of UV irradiance [Gallagher and Lee, 2006 (124 citations)].

When the similar meeting with the UVI Working Group of the ICNIRP was held in December 2011, vitamin D researchers were not invited to participate [Allinson et al., 2012]. The resulting document showed bias and largely dismissed the findings regarding the health benefits of vitamin D, claiming “there are major uncertainties regarding the overall importance of vitamin D for human health.” Evidently they accepted that serum 25-hydroxyvitamin D [25(OH)D] concentrations of 20 ng/ml (50 nmol/l) are adequate for optimal health since in their reply [Allinson et al., 2013] to my letter to the editor [Grant, 2013], they referred to the International Agency for Research on Cancer review of vitamin D and cancer in 2008 [IARC, 2008] and the Institute of Medicine report on vitamin D reference intakes [Ross, 2011].

I previously criticized the IARC report for the bias of the committee, most of whom were dedicated to reducing the risk of skin cancer by reducing solar and artificial UV irradiance [Grant, 2009b].

The IOM report on vitamin D, recommending 20 ng/ml, has been severely criticized by more than 150 publications in peer-reviewed journals as well as superseded by the Endocrine Society recommendations (30 ng/ml) [Holick et al., 2011]. A review by vitamin D experts meeting in Paris in 2009 considered the evidence strong enough that they recommended 30-40 ng/ml [Souberbielle et al., 2010]. There is also evidence that 25(OH)D concentrations above 40 ng/ml are required for optimal health [Grant, 2011b]. Of course higher serum 25(OH)D concentration recommendations support the idea of spending more time in the sun and using less sunscreen, which blocks UVB and production of vitamin D.

As for the health benefits of UVB and vitamin D, a set of 15 papers reviewing the evidence that UVB and vitamin D reduces the risk of cancer was recently published in Anti-Cancer Agents in Medicinal Chemistry Volume 13, Number 1, January 2013 http://benthamscience.com/contents-JCode-ACAMC-Vol-00000013-Iss-00000001.htm.
The interested reader is referred to this issue which has open access, as well as my blog summarizing the content of the papers and commenting on some of the papers [Grant, 2012d].

The composition of the 20-member UVI Working Group is biased against the benefits of Vitamin D which helps explain why they came up with the recommendations they did. Of the 20 members, only two have an extensive publication record regarding vitamin D: Michael Kimlin (20 papers) and Ann R. Webb (13 papers). However, these papers were primarily devoted to determining vitamin D production from solar UVB and did not investigate the health benefits. Another member, Craig Sinclair, has two papers discussing vitamin D [Sinclair, 2006, 2007], both of which are concerned about how “skin cancer prevention messages need to be managed in light of new information about vitamin D”. At least one of the members, Adele C. Green, has received funding from L'Oréal, a manufacturer of sunscreen products. The members of the UVI Working Group hail from various countries: Australia (4); Denmark (1); Germany (7); Switzerland (2); United Kingdom (3); and the United States (2). These are countries with mainly fair-skinned people at greater risk of skin cancer and melanoma. However, those living where their distant ancestors lived have skin pigmentation adapted to the UV climate in those countries [Jablonski and Chaplin, 2010].

In my letter to the editor [Grant, 2013], I outlined the evidence that UVB and vitamin D reduces the risk of cancer and that the evidence is strong. See, e.g., Grant, 2011a, 2012a, 2012c. Evidently the UVB-vitamin D-cancer and other health outcome hypotheses get in the way of trying to convince people to reduce their UV exposure, so they chose to minimize the importance of vitamin D without having vitamin D experts at their meeting to help prepare a balanced recommendation. A recent paper by two researchers who study both vitamin D and skin cancer does present a balanced view [Mason and Reichrath, 2013].

I would like to respond to a statement in their response: “Contrary to Grant’s views, there is scientiﬁc agreement that ecological studies should not be the basis of recommendations to the public, since any observed associations are easily confounded and therefore potentially unreliable.” [Allinson et al., 2013]

They are correct that ecological studies should not be the basis of recommendations to the public; however, what I said was “The strongest evidence that solar UVB is beneficial comes from ecological studies of cancer incidence and mortality rates.” [Grant, 2013]. In the next paragraph, I said “The best way to determine scientifically whether an agent is causative is to apply the criteria for causality in a biological system (Hill, 1965). The most important criteria for UVB, vitamin D and cancer are strength of association, consistency, biological gradient, plausibility (mechanisms), and experiment (e.g., randomized controlled trials).” I then outlined the supporting evidence along with reference to two analyses using Hill’s criteria for vitamin D and cancer [Grant, 2009a; Mohr et al., 2012]. The supporting evidence comes from laboratory and observational studies as well as two randomized controlled trials.

It turns out that the scientific evidence for sunscreen in protecting against melanoma is not strong when there is no danger of sunburning, such as at latitudes above 40° [Gorham et al., 2007] or when it encourages long sun exposure times [Autier, 2009]. Sunscreen use has been found to reduce risk of squamous cell carcionoma (SCC) but not basal cell carcinoma (BCC) [Green and Williams, 2007; Chesnut and Kim, 2012]. The reason for the difference is that SCC is linked to UVB while BCC is linked to both UVA and UVB and sunburning. Nonetheless, the UVI Working Group recommended use of sunscreen as one way to reduce risk of skin cancer [Allinson et al., 2012].

Here is a bit more personal history regarding the 2005 meeting. I presented results from ecological studies showing that cancer mortality rates were inversely correlated with solar UVB doses in the United States. One of the participants challenged the assumption that solar UVB was an index of vitamin D production and not something else. That comment inspired me to look for another UVB exposure index. Incidence or mortality from non-melanoma skin cancer (NMSC) quickly came to mind. I published one review of internal cancers after diagnosis of skin cancer with these finding:

More recently, I published an ecological study of cancer mortality rates in California, finding that NMCS mortality rate was inversely correlated with eight types of cancer for males in the period 1950-64 but no cancers for females or any cancers after 1964 [Grant, 2012c]. Evidently in that period people spent a considerable amount of time out of doors and did not wear sunscreen.

While no one wants to develop skin cancer or melanoma, it is interesting that those who developed basal cell carcinoma, the most common but least deadly form of skin cancer, in Denmark, had a 9% lower risk of death [Jensen et al., 2012]. As for melanoma, a review in 2009 found that occupational UV exposure was not a risk factor for melanoma but occasional sun exposure was [Chang et al., 2009]. A study of occupation and cancer incidence in Nordic countries found that the occupations with the highest amount of time spent out of doors had significantly reduced risk of 14 types of cancer for men and 4 types for women, with very little skin cancer or melanoma: “Lip cancer SIRs (standardized incidence rates) less lung cancer SIRs for men was the best index of solar UVB dose, which was weakly inversely correlated with both melanoma and nonmelanoma skin cancer (NMSC) SIRs.” [Grant, 2012c].

In conclusion,
it appears that the primary risk factor for skin cancer and melanoma is UV exposure to the point above of erythema (burning) and that chronic UV exposure such as through occupation reduces the risk of skin cancer with the exception of squamous cell carcinoma. Solar UVB is the source of 90% of vitamin D for most people. Therefore, the sun should be considered as a source of life, not death. A group reviewing UV should have a balanced committee to ensure an un-biased review includes all risks and benefits of UV exposure. 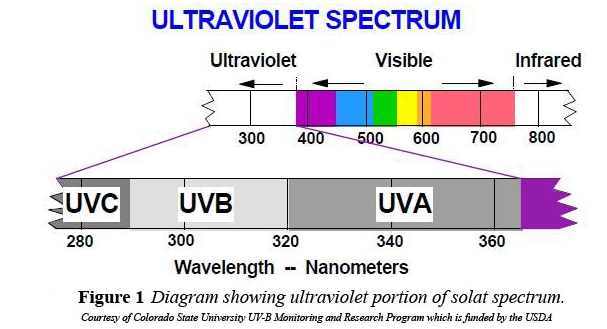 Getting sunshine improves your health provided you do not sunburn - Grant Dec 2012         Printer Friendly PDF this page! Follow this page for updates
This page is in the following categories (# of items in each category)

Dermatologists view of UV radiation and the Skin – June 2013Melanoma REDUCED by those getting the most UV, unless 5 blistering sunburns w...Overview UV and vitamin D