BACKGROUND:
Vitamin D plays a seminal role in many homeostatic mechanisms.
In this study, we assessed the correlation between circulating vitamin D levels and mortality rates in critically ill patients.

CONCLUSION:
This study demonstrated that low vitamin D levels are common among patients admitted to ICU.
We observed longer survival times among vitamin D sufficient patients. Our results indicate that vitamin D concentration may be either a biomarker of survival or a co-factor.
We recommend assessing the effects of vitamin D supplementation in critically ill patients. 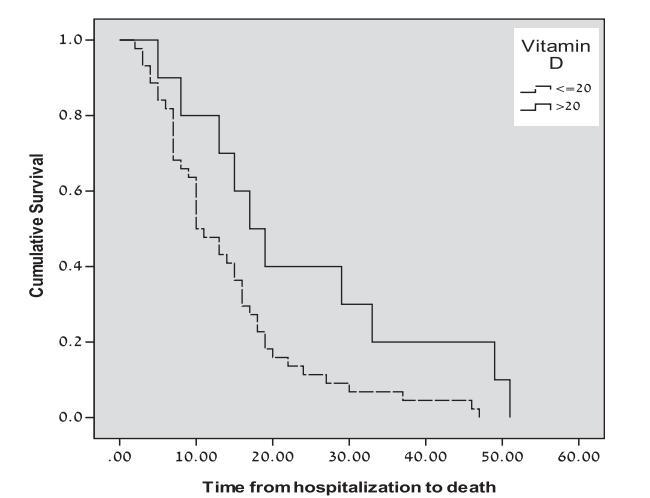 Strange: paper states overall mortality rate of 44% within 60 days of hospitalization for all patients.
Yet the graph seems to indicate 100% death rate within 60 days

Seniors on mechanical ventilation having very low vitamin D died sooner – July 2012         Printer Friendly PDF this page! Follow this page for updates
This page is in the following categories (# of items in each category)