mproved Quality of Life – answering such question as

A comment by them "In this study, there was nothing that linked any one nutrient with increased quality of life. There were certain lifestyle behaviors such as not drinking/not smoking/eating a vegetarian diet/church attendance that researchers believed could explain this increased mental/physical quality of life. But vitamin D was not on the list. "

More time in the sun 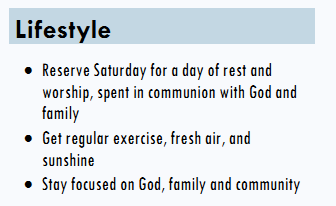 They also have a piece: Vegetarians and Vitamin D


Vitamin D is an important hormone in the prevention of osteoporosis and rickets but beyond that has major functions in the prevention of heart disease, cancers, diabetes and in the regulation of the immune system. Foods naturally rich in vitamin D are all from animal sources: cod liver oil, finfish, and shellfish. The only naturally occurring plant sources of vitamin D are certain mushrooms, in which it is present in only small amounts. There has been concern that vegetarians would have lower blood levels of vitamin D than non-vegetarians.

AHS-2 looked at the vitamin D status of vegetarians, partial vegetarians and non-vegetarians. The results demonstrated that a vegetarian diet was not associated with lower levels of vitamin D. Other factors, such as vitamin D supplementation, degree of skin pigmentation, and amount and intensity of sun exposure had a greater influence on vitamin D levels in blood than diet.

Of the factors mentioned above, degree of skin pigmentation caused the greatest difference in vitamin D concentrations. Regardless of dietary preferences, the percentage of subjects with deficiencies was much higher among Blacks (75.4%) than among Whites (47.5%). This was shown even though other areas, such as vitamin D intake and amount of exposure to the sun, were equal. The reason cited for this outcome is that, when exposed to sufficiently strong sunshine, lighter-skinned persons’ skin can produce relatively high amounts of vitamin D in a relatively short amount of time. Nevertheless, Black subjects generally have good bone health. Whether lower blood vitamin D levels affect other aspects of their health is not yet clear.

Determinants of serum 25 hydroxyvitamin D levels in a nationwide cohort of blacks and non-Hispanic whites.

OBJECTIVE:
To develop algorithms predicting serum 25 hydroxyvitamin D s25(OH)D for a large epidemiological study whose subjects come from large geographic areas, are racially diverse and have a wide range in age, skin types, and month of blood sample collection. This will allow a regression calibration approach to determine s25(OH)D levels replacing the more costly method of collection and analysis of blood samples.

STUDY DESIGN AND SETTING:
Questionnaire data from a subsample of 236 non-Hispanic whites (whites) and 209 blacks from the widely dispersed Adventist Health Study-2(n = 96,000) were used to develop prediction algorithms for races separately and combined. A single blood sample was collected from each subject, at different times throughout the year.

Black members of Adventist church defy health disparities – June 2011         Printer Friendly PDF this page! Follow this page for updates
This page is in the following categories (# of items in each category)