"I was asked to fill in for Ram (Sreeram Ramagopalan) and do a talk on MS and vitamin D (vD) at the 'Vitamin D and Human Health: from gamete to the grave' conference hosted at our University. The programme was excellent."

"I am disappointed that I could not attend the whole meeting, but I had other teaching commitments that I could not get out of at short notice. After giving my talk I had a lot of questions from the audience and one person asked me how I could justify recommending such a large dose of vitamin D (5,000U per day) to MSers without class 1 evidence. I responded that it was not a large dose, but simply a physiological dose with the aim of making sure MSers are vitamin D replete. I mentioned that there have been studies done showing that much larger doses than 5,000U per day have been done that show that this level of supplementation is safe and this dose is within the current EFSA guidelines. Finally, I mentioned that this recommendation was not my personal recommendation, but I was simply endorsing the recommendations of the Vitamin D Council.

"The following are my slides from my talk. Please note there is no evidence that vD supplements are disease-modifying in MS.
The low vD levels in MSers can be due to reverse causation, i.e. MS disease activity results in low vD levels not the other way around.
The reverse causation hypothesis, however, is no reason to ignore low vD levels in MSers.
The main reason for me recommending vD supplements is for other potential health reasons, in particular bone health.
I see little reason to justify leaving MSers in a vD deficient state.
This is why I recommend a vD supplementation with the aim of keeping levels above 100nmol/L or 40ng/ml all year round.”

The study using 40,000 IU showed a huge decrease in MS

pink highlighting was added by VitaminDWiki 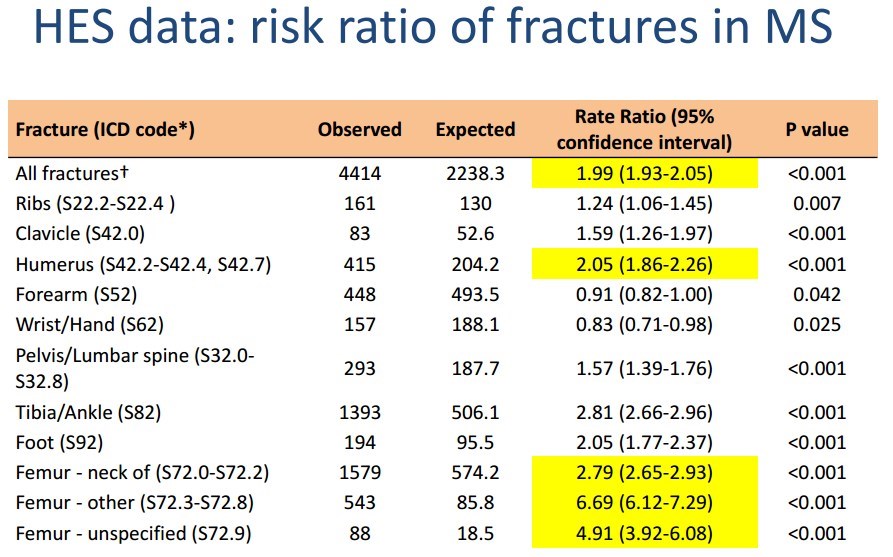 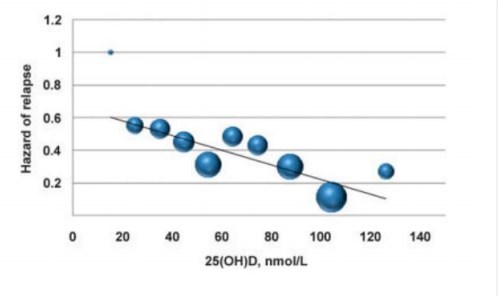 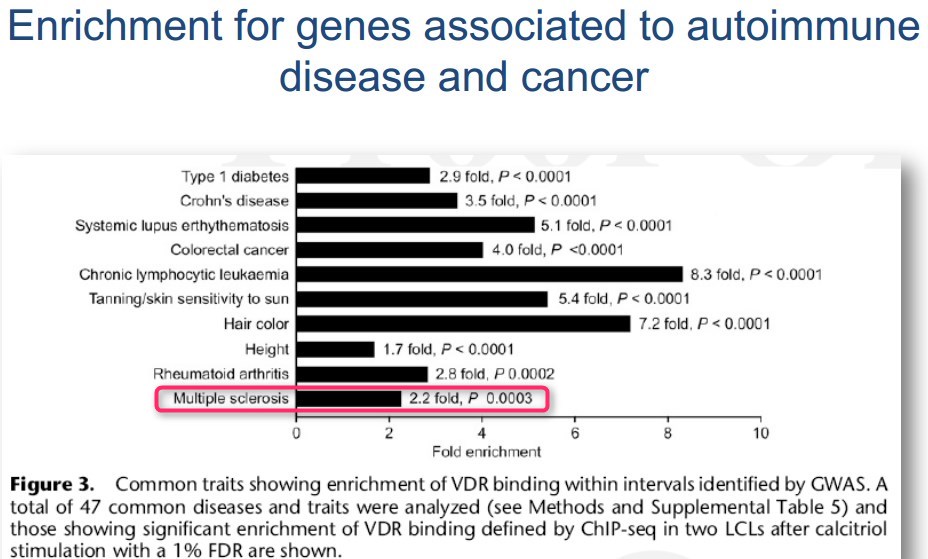 pink highlighting was added by VitaminDWiki 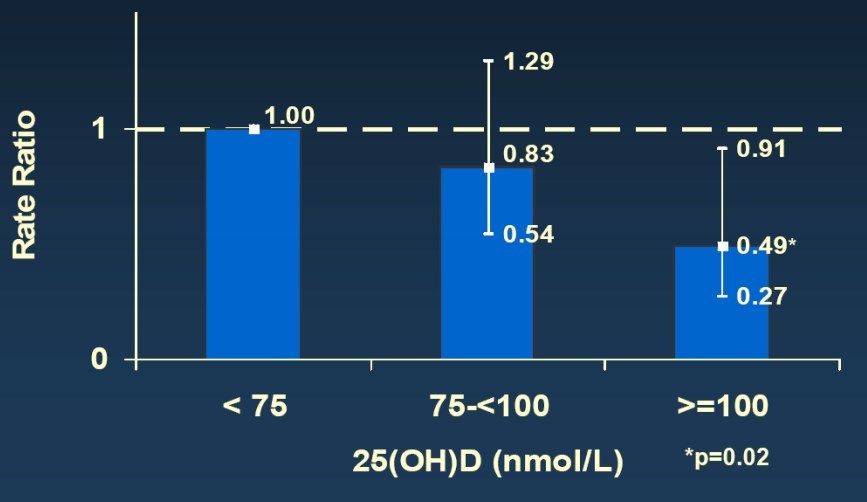 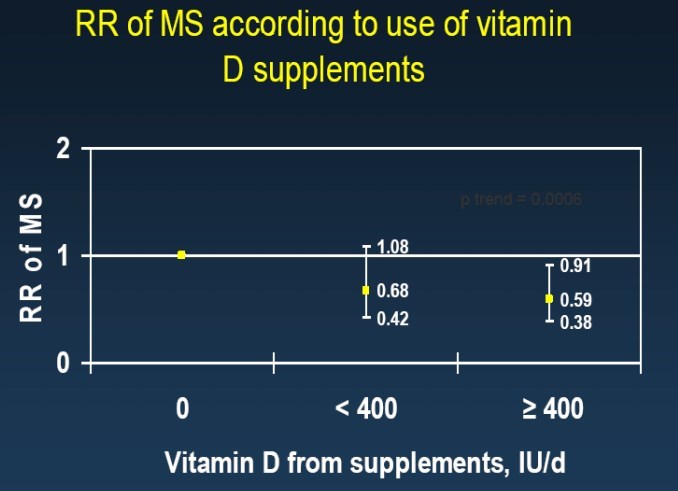 Less MS if migrate to a sunner climate 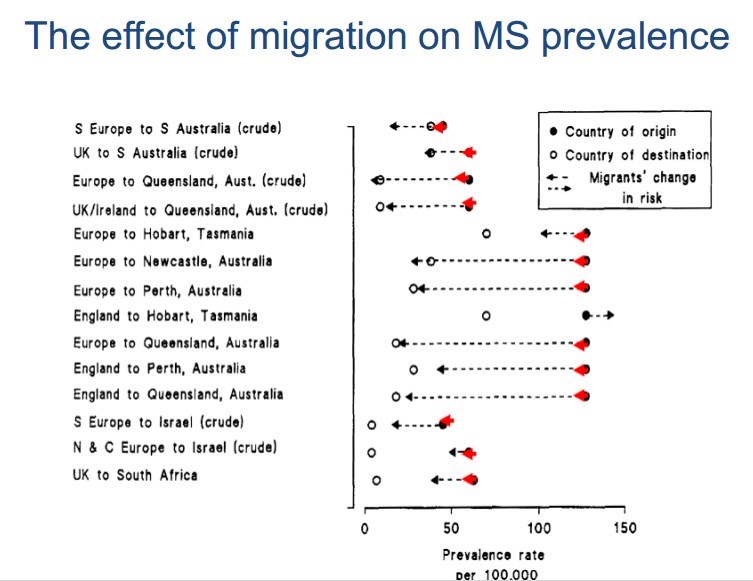 Same author made a presentation 8 April 2014

Vitamin D as a disease-modifying therapy
Oh No! Not another vD post. #MSBlog #MSResearch #ClinicSpeak

"The following is my presentation from yesterday's Clinical Trials Network meeting. I had to provide an overview of the vitamin D as a disease-modifying treatment for MS. I started by making the point that there is little difference between prevention and a DMT as both strategies modify the course of MS. Clearly the burden of proof for MS prevention is an order of magnitude higher than that for modifying the course of established MS. The issue of whether or not vD is a DMT is an important one and I agree the current data set is not convincing. The main issue is reverse causation, i.e. cells involved in inflammation consume vD therefore inflammation itself is the cause of low vD levels. Data supporting reverse causation from outside the field of MS is extensive. However, there are clues that suggest low vD levels may be linked to MS activity as part of the causal pathway. At the end of the day we can argue about the roll of vD in MS until the cows come home; unless we do an randomised interventional study will not resolve the issue."

"I spent a lot of time focusing on the dose of vitamin D, which is something that has generated a lot of discussion on this blog; particularly among the cynics. I don't think we can use the general population to generate a normal level of vD and to define specific cut-offs for vD insufficiency and vD deficiency. Why? Because the majority of population may be deficient hence this may result in a spuriously low set of normal values. I therefore used Reinhold Vieth's evolutionary medicine perspective to argue for a level of greater than 100nmol/L as being normal. This is based on circulating vD levels in the great apes and hunter-gatherer societies in Africa, for example the Maasai, and levels in people working outdoors, for example lifeguards and farmers. I also stressed that blood vD levels are also determined by genetic factors therefore in an ideal world we would titrate levels of supplementation based on blood levels. This latter approach at a population level is too expensive and logistically impossible hence the adoption of EFSA's or the Vitamin D Council's recommendations. I made the point that the current RDA (recommended daily allowance) is based on the prevention of rickets in the cod liver oil era. 400U is the magic amount of vD in a teaspoon of cod liver oil and that is how the RDA was set. It is clear that this is too little and needs to be adjusted upwards. This with all the cultural changes that are lowering vD levels in the population may be driving up the incidence of MS and other diseases. This is why it is so important to tackle the issue of vD supplementation in MS urgently and generate the necessary evidence to guide clinical practice."

"The purpose of the meeting yesterday was to start the discussion and kick-start a group tasked with coming up with some concrete recommendations regarding a clinical trial tackling the issue of vD in MS."

"I am still hoping to get Bruce Hollis an Internationally renowned vD expert to do a guest post on the rationale for the 5,000U per day recommendation from the vD Council."
PDF with about 80% similar slides is attached at the bottom of this page

Multiple Sclerosis has strong associations with Vitamin D – London April 2014         Printer Friendly PDF this page! Follow this page for updates
This page is in the following categories (# of items in each category)
Multiple Sclerosis 365