10 years of 25-hydroxyvitamin-D testing by LC-MS/MS-trends in vitamin-D deficiency and sufficiency.

Based on 5,000,000 patients in Minnesota, Feb 2007-2017
44 degrees latitude = strong winters
Probably the Mayo Clinic has been encouraging patients to increase Vitamin D 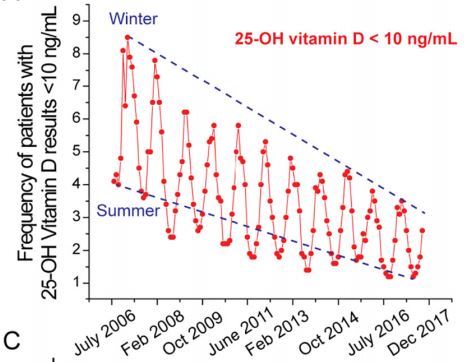 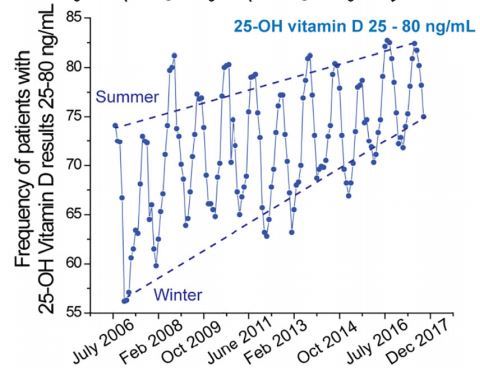 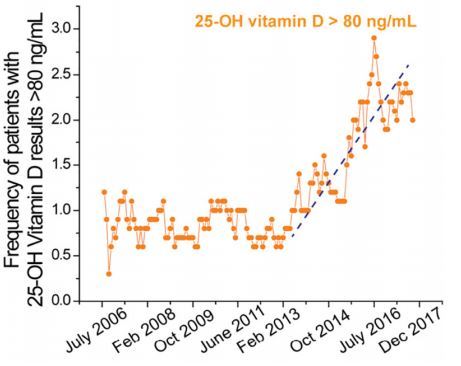 Printer Friendly PDF this page! Follow this page for updates
This page is in the following categories (# of items in each category)
Top news 808 Increased use of D 36
Edit Comments Files 4