Also, this study found that Parkinson’s 2.6X more likely if < 20 ng/mL
Note: Multiple Sclerosis is another disease for which UV appears to be better than Vitamin D

All studies in both Mutliple Sclerosis and UV are listed here:

Items in both categories Noontime sun and Cognition are listed here:

Items in both categories Noontime sun and Parkinson's are listed here: 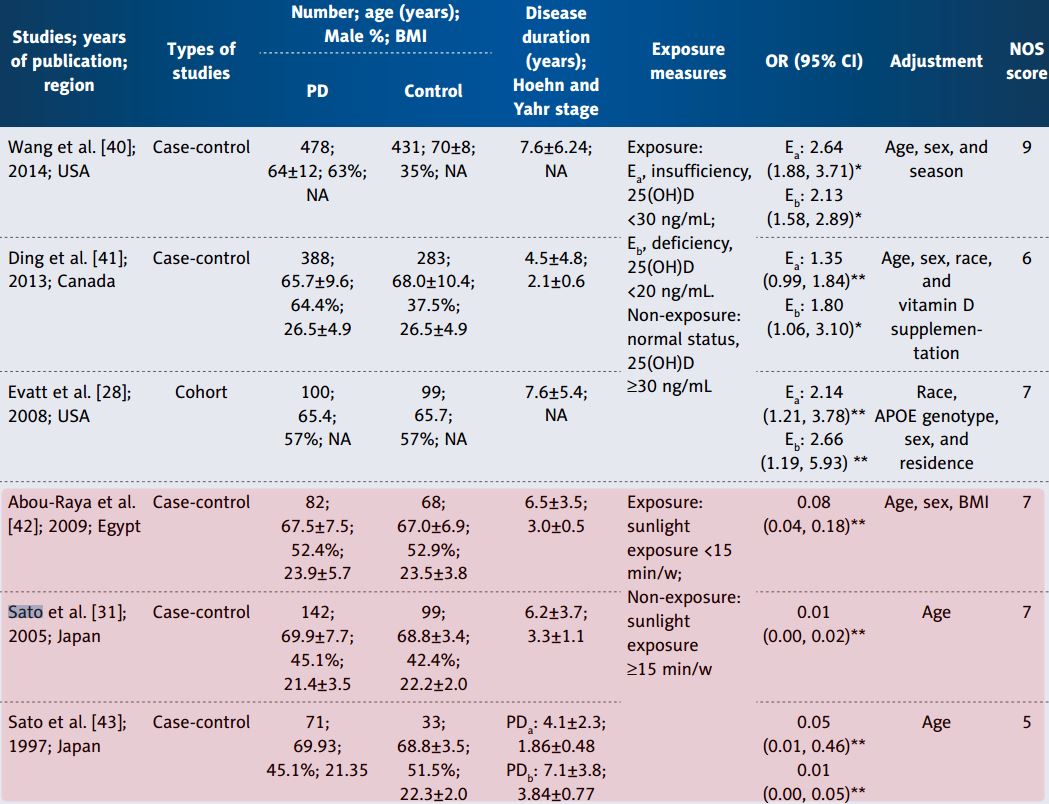 MATERIAL AND METHODS: A literature review and meta-analysis were performed according to the Preferred Reporting Items for Systematic Reviews and Meta-Analyses (PRISMA) statement. Systematic literature review was performed using databases that included the Web of Science, PubMed, the Cochrane Library, and Embase. The Jadad scale (the Oxford quality scoring system) and the Newcastle-Ottawa scale (NOS) were used to evaluate the quality of the studies.

Printer Friendly PDF this page! Follow this page for updates
This page is in the following categories (# of items in each category)
Noontime sun and D 299 UV and Vitamin D 326 Parkinson 81 Meta-analysis of Vitamin D 460
Edit Files 3