Alzheimer's and Omega-3 (study does not mention Omega-3)

Alzheimer's and Food (study does not mention Food) 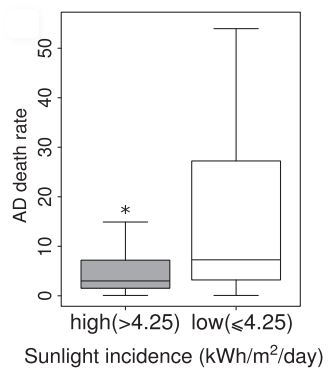 Many ways that Vitamin D can protect against Alzheimer's 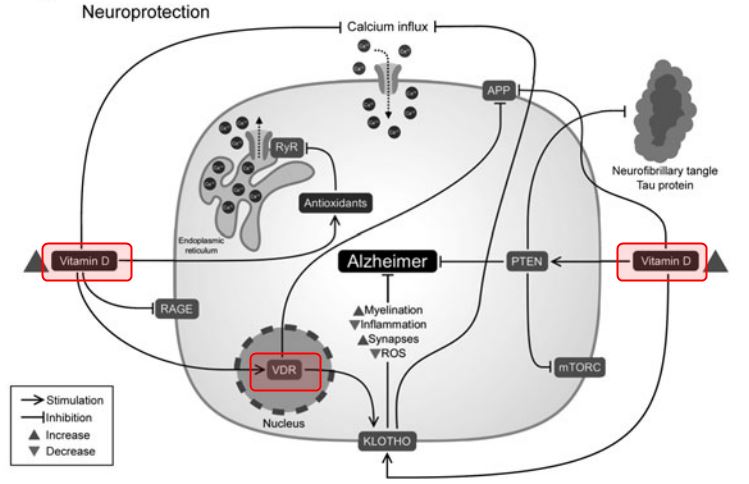 Vitamin D (VD) deficiency is a growing problem, affecting a significant portion of the population in many countries. VD deficiency may be related to several diseases, including Alzheimer's disease (AD). This study aimed to review the relationship between VD deficiency and AD. We describe the proteins involved in AD pathogenesis and how those proteins can be influenced by VD deficiency. We also investigated a relationship between AD death rate and solar radiation and we found an increased AD death rate in countries with low sunlight. It was also observed that amyloid precursor protein, ryanodine receptor, mammalian target of rapamycin complex 1, and receptor for advanced glycation end products are associated with a worse prognosis in AD. While the Klotho protein, phosphatase and tensin homologue, and VD receptor are associated with a better prognosis in the disease. The literature suggests that decline in VD concentrations may be involved in the establishment and progression of AD. According to sunlight data, we can conclude that countries with low average sunlight have high AD death rate.

Printer Friendly PDF this page! Follow this page for updates
This page is in the following categories (# of items in each category)
Noontime sun and D 299 Cognitive 287
Edit Comments Files 2