Presentation in English at Vitamin D Symposium in Germany April 2018

Introduction is in German. Presentation is in English, and can be translated to many other languages

Coimbra on Vitamin D and Pregnancy in Portuguese - YouTube

8 minutes, with closed captions in other languages

Dr. Coimbra has recently applied his protocol to 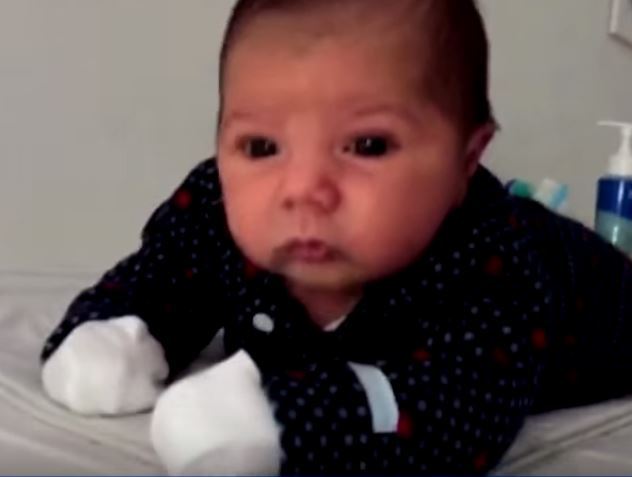 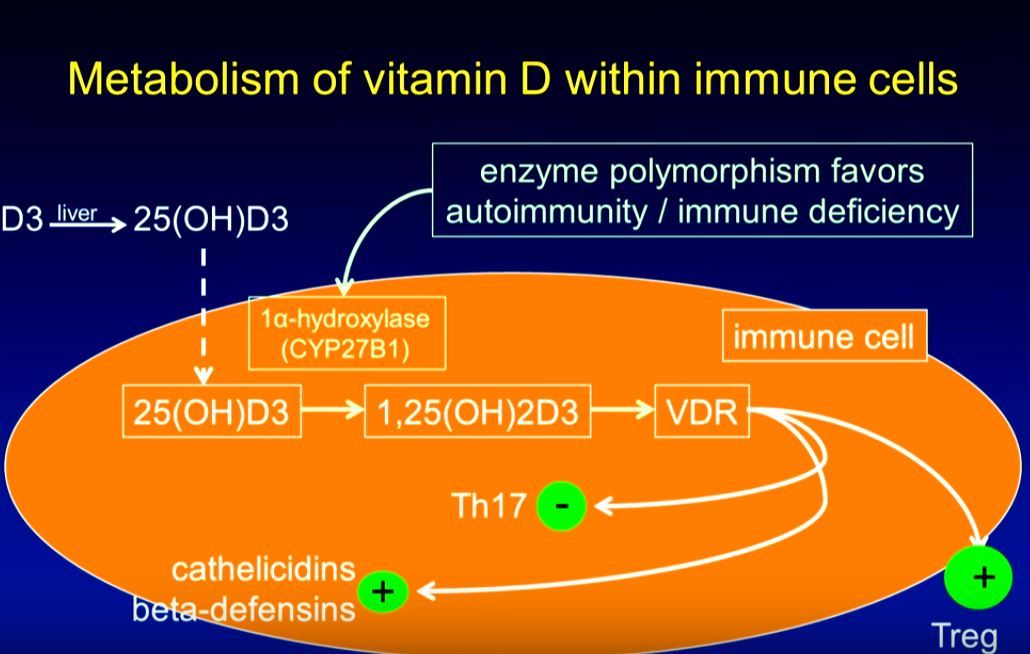 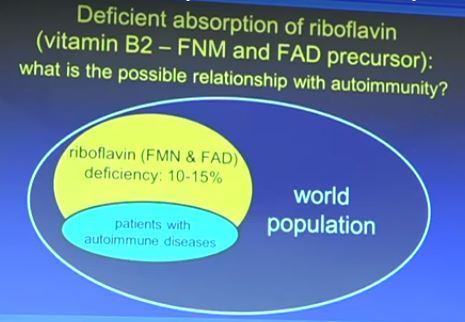 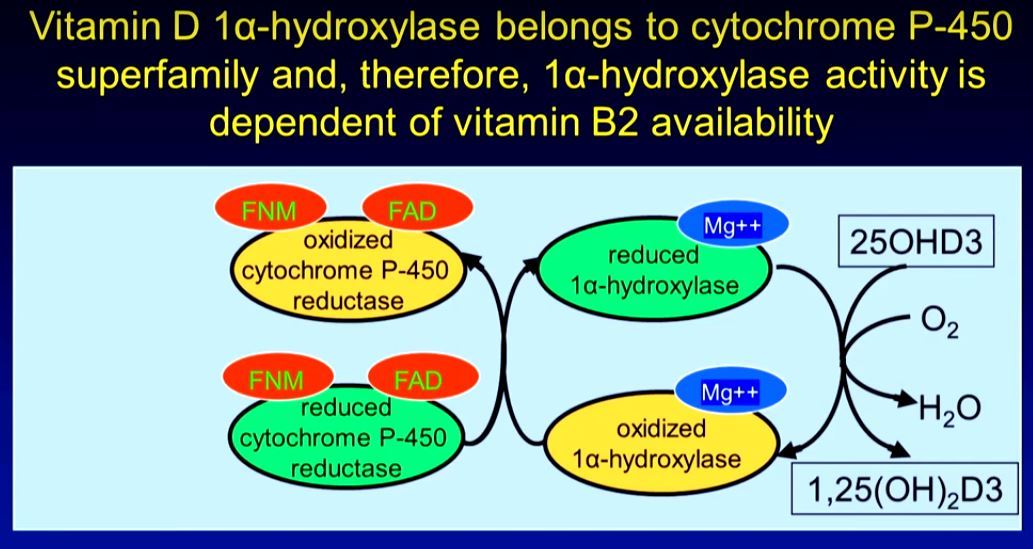 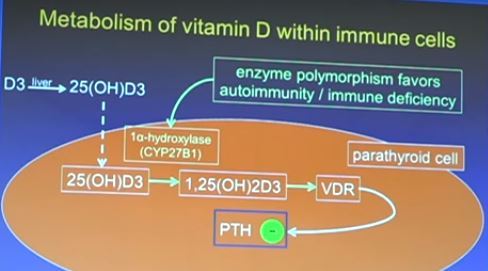 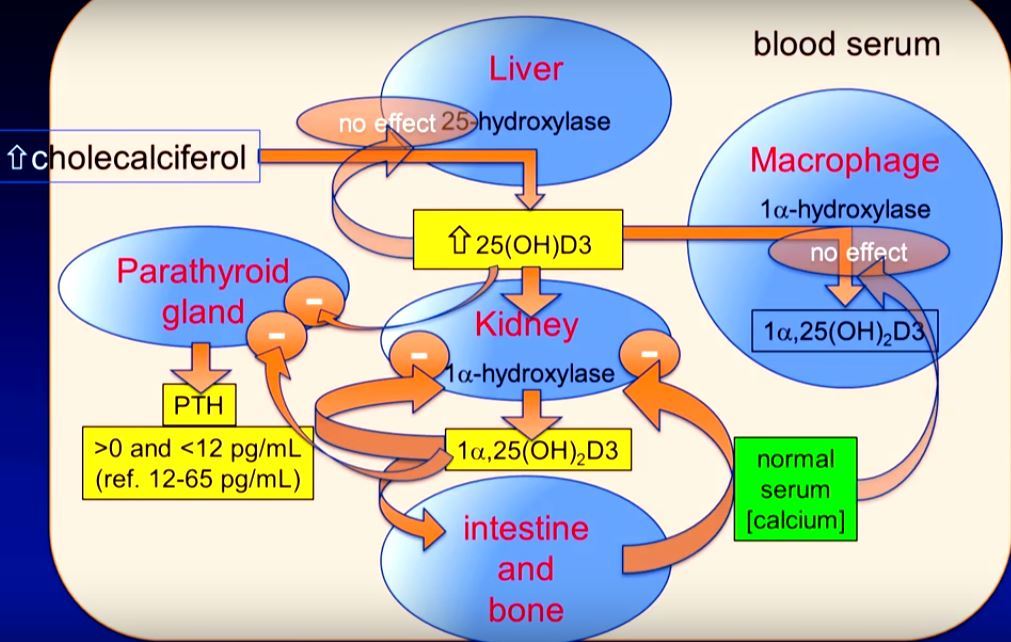 MS Brain scans before and after Vitamin D 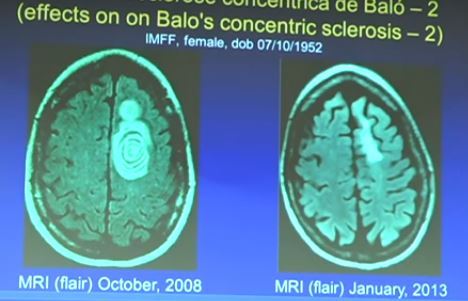 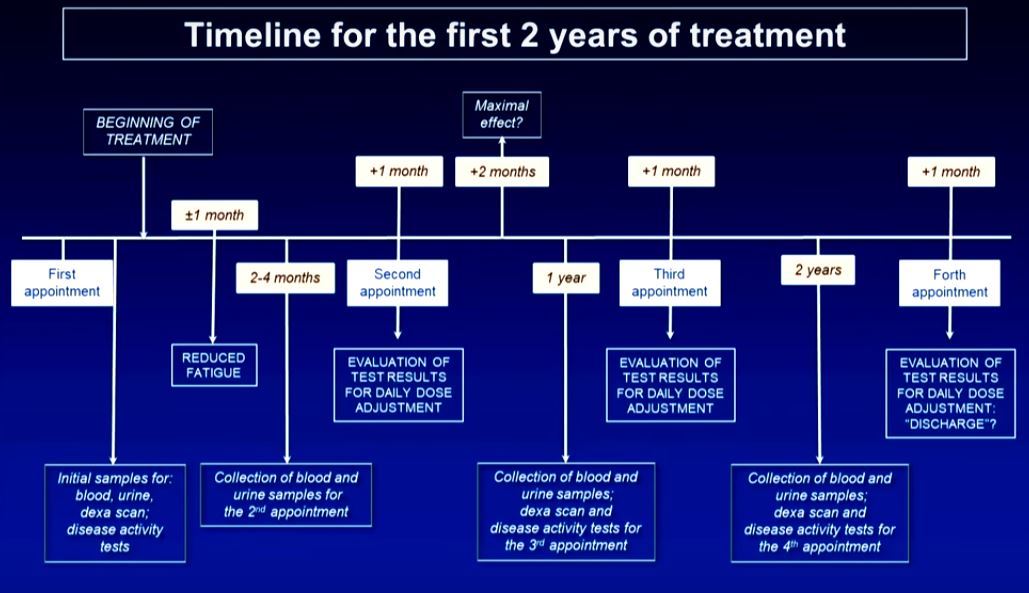 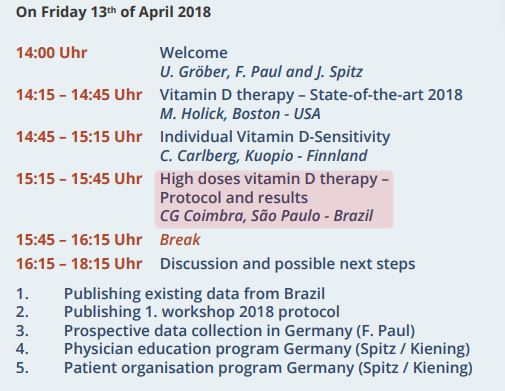 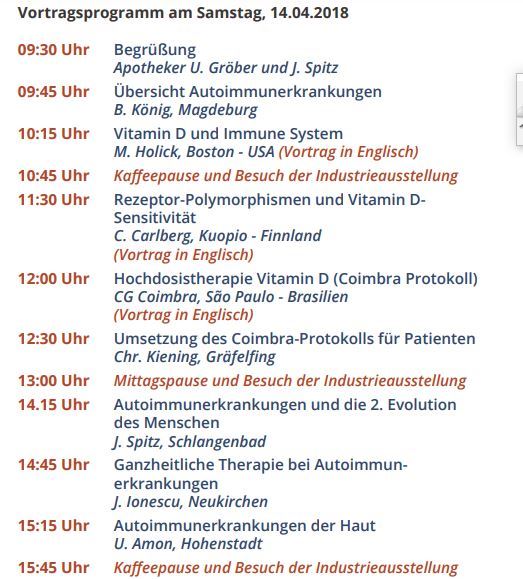 &nbspDownload the Program PDF from VitaminDWiki

Comments to VitaminDWiki by a member of the audience: Barbara M van Amerongen

Coimbra thinks autism is caused by synthetic methylfolate made by pharma.

There were at least 400 people present, mostly German doctors. The type that desperately want to cure patients (with food and supplements).
They almost gave Coimbra a standing ovation. Hij spoke on Friday and on Saturday.

The Program on Friday 13 April: International Workshop Vitamin D Sensitivity and High Dose Vitamin D Therapy included a Discussion and possible next steps between a panel (among which the 3 speakers Holick, Carlberg and Coimbra and a few others) and the chairman Prof. Spitz. (This was about the Coimbra Protocol.)

At the end when the time was up the audience was allowed to make remarks.

I think Vitamin D3 / the Coimbra Protocol is going to go viral in Germany.


Guide for patients on high doses of Vitamin D – Coimbra 2017