The story of the Human Body -excellent book by Daniel Lieberman

The Story of the Human Body: Evolution, Health, and Disease - 2014

Review and notes by Henry Lahore, founder of VitaminDWiki

I added genes to the following chart after reading his book 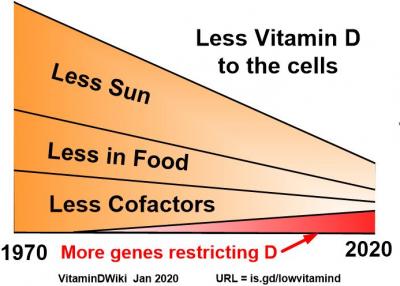 The story of the Human Body -excellent book by Daniel Lieberman         Printer Friendly PDF this page! Follow this page for updates
This page is in the following categories (# of items in each category)
Genetics 291 Sleep 88

Vitamin D deficiency is associated with 35 genes, only 7 of are commercially ...