Methods Serum samples from 149 patients with IIM and 290 healthy controls matched for gender and the month of blood sampling were analysed for 25(OH) vitamin D. ORs for vitamin D classes with 95% CI were calculated using a matched (conditional) logistic regression model. Groups were compared by the Kruskal–Wallis test and p values <0.05 were considered significant.

Conclusions Low serum levels of vitamin D were found in most patients with IIM and may confer a risk factor for developing adult myositis, similar to some other autoimmune diseases. 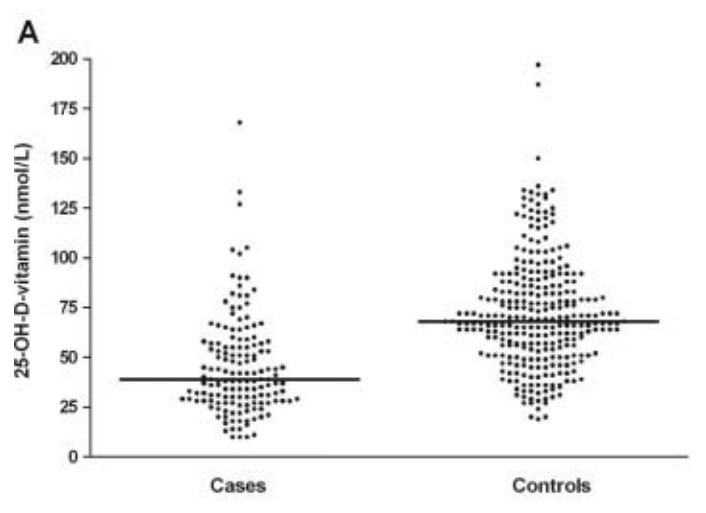 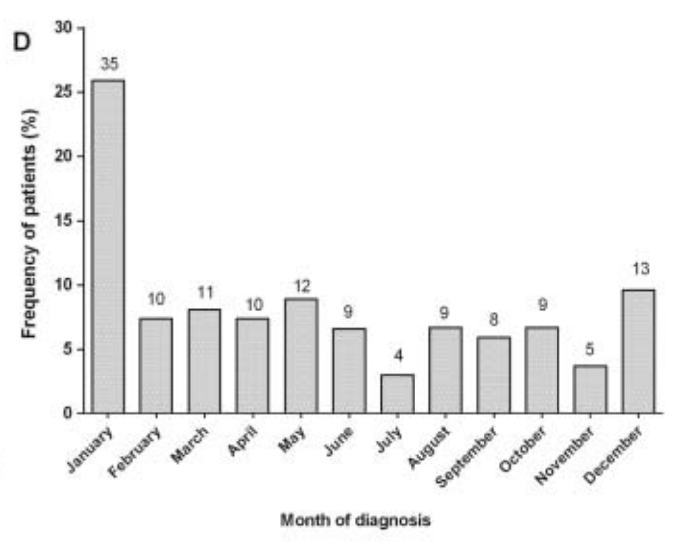 Muscle inflammation 17X more probable if vitamin D deficient – Feb 2013         Printer Friendly PDF this page! Follow this page for updates
This page is in the following categories (# of items in each category)