Does vitamin D play a significant role in type 2 diabetes?

METHODS:
Present study was carried out in 912 subjects (429 T2DM cases and 483 non-diabetic controls) from Western India. The enrolled study subjects were investigated for biochemical parameters like FBS, PPBS, HbA1c, FI, HOMA-IR and 25OHD levels in blood.

CONCLUSION:
Our findings suggests that though vitamin D deficiency is prevalent in T2DM and non-diabetic subjects, its role in hemoglobin glycation and insulin resistance could not be established. 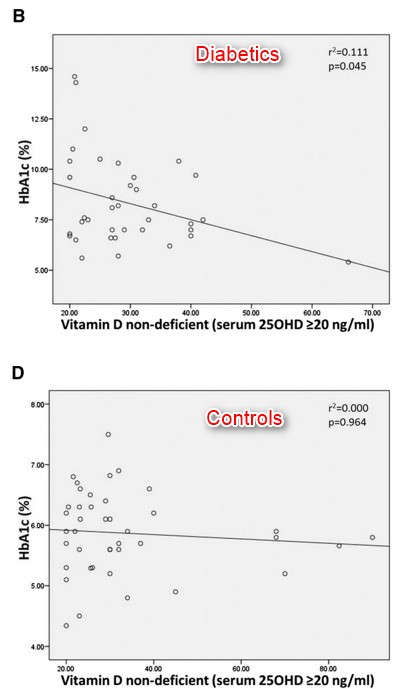