Results: Current vitamin D fortification is estimated to prevent approximately 11,000 in the European Union and 27,000 cancer deaths in all European countries considered per year. If all countries considered here would implement adequate vitamin D fortification of foods, an estimated additional 129,000 cancer deaths (113,000 in the European Union) could be prevented, corresponding to almost 1.2 million prevented years of life lost (1.0 million in the EU) or approximately 9% of cancer deaths (10% in the EU).

Interpretation: Systematic fortification of foods might considerably reduce the burden of cancer deaths in Europe. 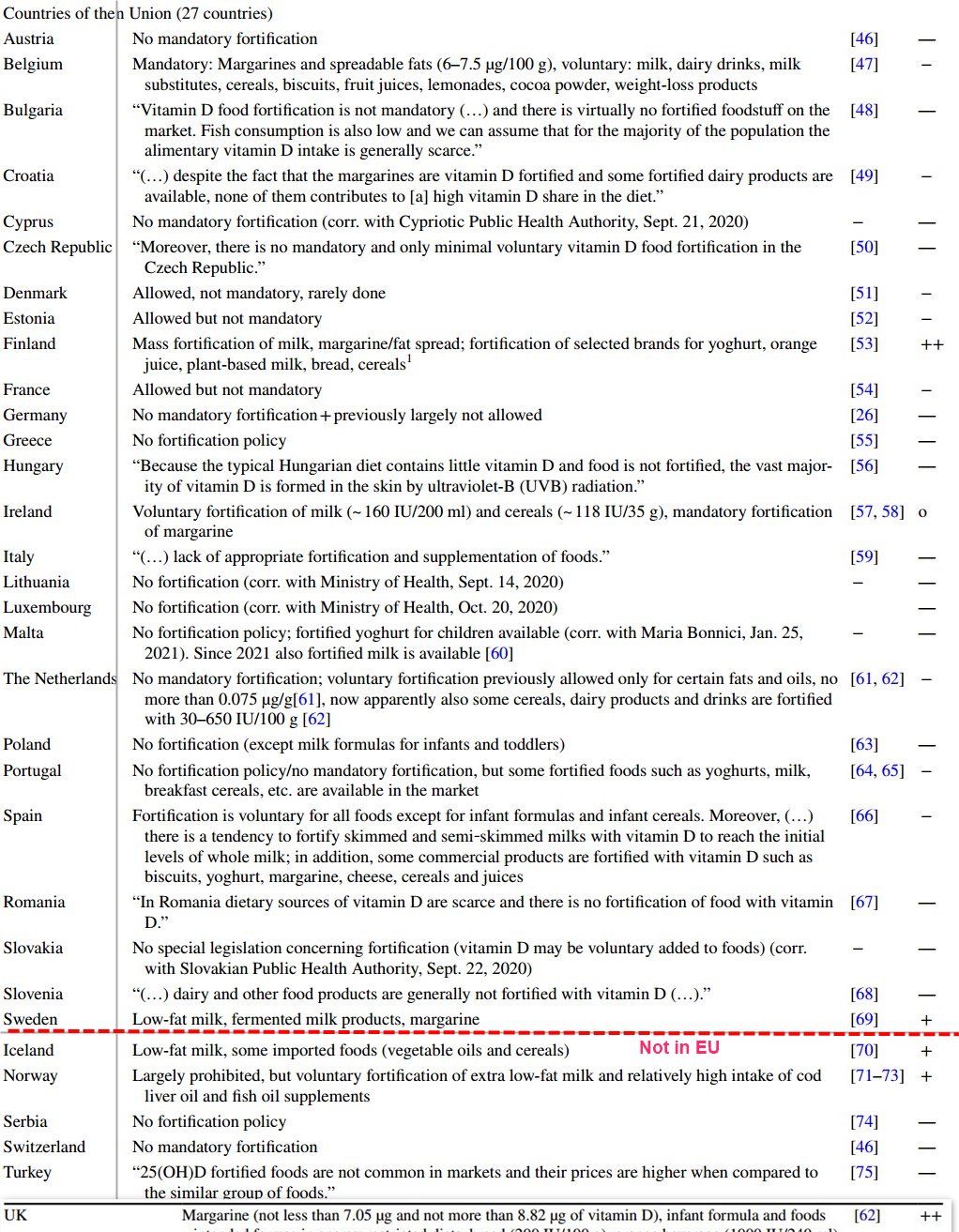 VitaminDWiki - Increased use of D has

People have been noticing, and increasing vitamin D (50 items)

Vitamin D fortification could eliminate 1 in 10 Cancer deaths in the EU – May 2022         (Cached) Printer Friendly PDF this page! Follow this page for updates
This page is in the following categories (# of items in each category)
Cancer 248 Vitamin D in Europe 216 Fortification with Vitamin D 123