Valley fever may be prevented and treated with Vitamin D

above link dead but https://www.valleyfeversurvivor.co still works of Sept 2021

Valley Fever in WikiPedia fungal infection, has the following map 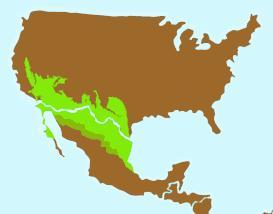 Background: Replacement of inadequate serum Vitamin D 25OH total (VitD) levels have been recently the focus of infectious diseases providers. There is a body of evidence that shows an association between low VitD levels and increase in incidence of several infectious diseases such as tuberculosis. However, to our knowledge there has been no study that evaluated the vitD levels in patients with Coccidioidomycosis.

Methods: Retrospective, matched case-control study in population ≥ 18 years old from 1990 to 2010 at Kern Medical Center with measured Vitamin D 25OH total levels in ng/ml. VitD deficiency defined as levels <20 ng/ml and levels between 20 and 30 defined as VitD insufficient. Total of 118 cases selected who had positive diagnosis of Coccidioidomycosis by serology (97%), pathology, or cultures (31%). From these cases 35%(42) had pulmonary and 65% had at least one from of dissemination. Mean age of cases was 42.8 with majority being male (63%). Ethnicity was 69% Hispanics followed by 17% African American and 14% Caucasians. Controls were selected from the general patient population without any history or evidence of Coccidioidomycosis infection. Cases and controls were randomly matched (ratio: 1 to 4) by age, race and sex and evaluated for demographics and co-morbidities. Analysis was performed by SAS JMP.

Conclusion: There is no association between low vitamin D levels and Coccidioidomycosis

Valley Fever Is Spreading Through a Hotter, Drier Western US Wired

Those with low vitamin D, including those with black skins, appear to be much more likely to get valley fever
Yes, probably some increase in # of reported cases just because people are more aware of the disease

Valley fever may be prevented and treated with Vitamin D         Printer Friendly PDF this page! Follow this page for updates
This page is in the following categories (# of items in each category)
Immunity 229