Based on study Major pesticides are more toxic to human cells than their declared active principles, published in the journal Biomedical Research International, which is attached at the bottom of this page.
Study looked at 9 major pesticides:

The graphs of human cell survival for Roundup and Glyphosate 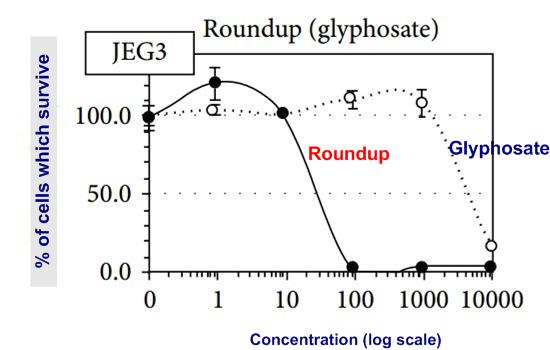 These are placental cells exposed for <24 hours. Researches noted that the toxicity is worse for longer time periods.

So, what about Roundup and Vitamin D