Method
The study included elderly patients (>64 years) referred to a psychiatric hospital in Northern Norway and a control group from a population survey in the same area. An assessment of psychiatric and cognitive symptoms and diagnoses was conducted using the Montgomery and Aasberg Depression Rating Scale, the Cornell Scale for Depression in Dementia, the Mini Mental State Examination, the Clockdrawing Test, and the Mini International Neuropsychiatric Interview (MINI+), as well as clinical interviews and a review of medical records. The patients' mean level of 25-hydroxyvitamin D (25(OH)D) and the prevalence of vitamin D deficiency were compared with those of a control group, and a comparison of vitamin D deficiency across different diagnostic groups was also made. Vitamin D deficiency was defined as 25(OH)D <50 nmol/L (<20 ng/ml).

Results
The mean levels of 25(OH)D in the patient group (n = 95) and the control group (n = 104) were 40.5 nmol/L and 65.9 nmol/L (p < 0.001), respectively. A high prevalence of vitamin D deficiency was found in the patient group compared with the control group (71.6% and 20.0%, respectively; p < 0.001). After adjusting for age, gender, season, body mass index, and smoking, vitamin D deficiency was still associated with patient status (OR: 12.95, CI (95%): 6.03-27.83, p < 0.001). No significant differences in the prevalence of vitamin D deficiency were found between patients with different categories of psychiatric diagnoses, such as depression, bipolar disorders, psychosis, and dementia. 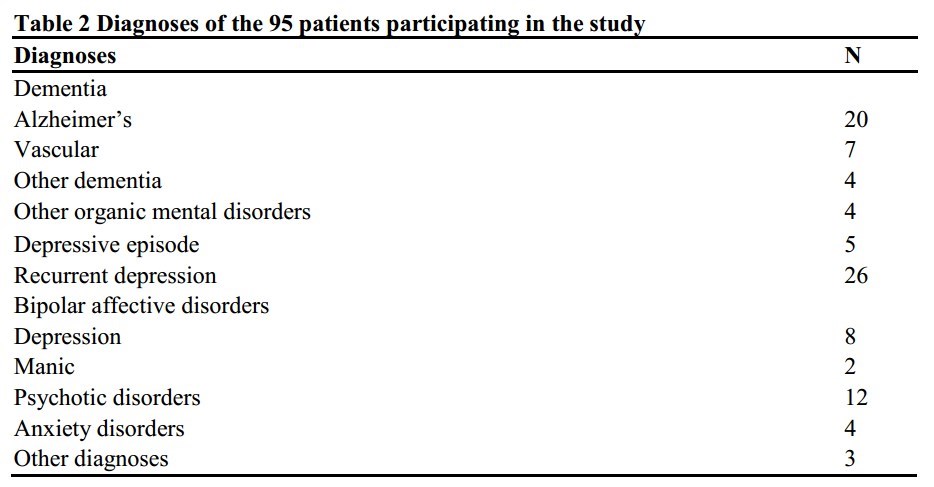 Dementia 13X more likely in elderly with low vitamin D – May 2014         Printer Friendly PDF this page! Follow this page for updates
This page is in the following categories (# of items in each category)
Cognitive 329