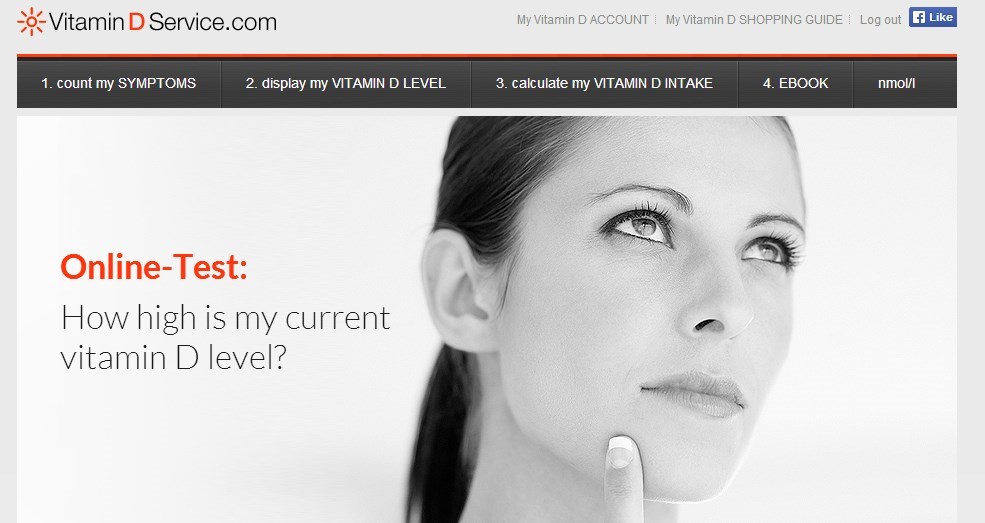 VitaminDService.com is the English version of their German version

Calculator is based on about 30 mathematical relationships - such as 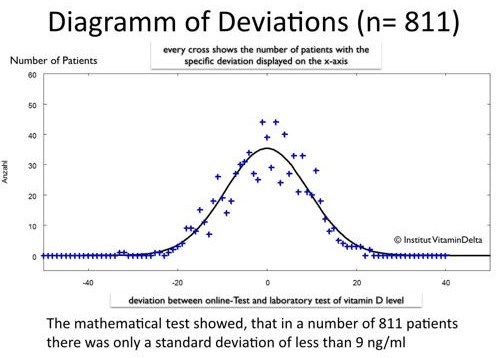 Each answer has a slider bar for your answer: typically ranging from NEVER to VERY OFTEN

Monthly Vitamin D supplementation (assumes constant, rather than vary with season or vacations)
Weight
Skin color
Age
Smoking
Sun bathing/vacations (does not consider time of the day)
Sunscreen (only considers on/off, not putting it on after 20 minutes in the sun)
Sea food and egg consumption (does not consider how much nore if animals are not in cages)
Time walking in the sun

To keep the test simple it does not consider the following

Obesity/BMI
Low cholesterol in diet, so not as much benefit from UV/sunshine
Excess toxins such as DDT, PCB, Alcohol
Health problems which consume Vitamin D
Health problems which reduce the response of Vitamin D consumed
Cofactors such as Magnesium and Omega-3
What time of day the vitamin D was taken
What was eaten with the vitamin D
Amount of Vitamin A in diet (too much vitamin A blocks vitamin D)
Amount of vitamin D in diet: 6X more vitamin D in animal products than previously realized
Recent surgery/trauma – which consumes a lot of vitamin D
Drugs being taken which reduce vitamin D levels - statins, chemotherapy, etc.
Depression - which reduces vitamin D
Genes (impossible for an on-line test)

A country doctor in Germany found he was allergic to cats/dogs while making house calls,
He found that vitamin D greatly reduced his allergic reaction
He then found how many health problems were decreased with Vitamin D
He then made the extensive website in German, a small portion of which is now in English
Germany, as of early 2014, does not permit buying greater than 1,000 IU without a prescription
So, the German doctor. has his patients taking 10+ over-the-counter vitamin D pills daily (non prescription pills are probably much much lower cost) 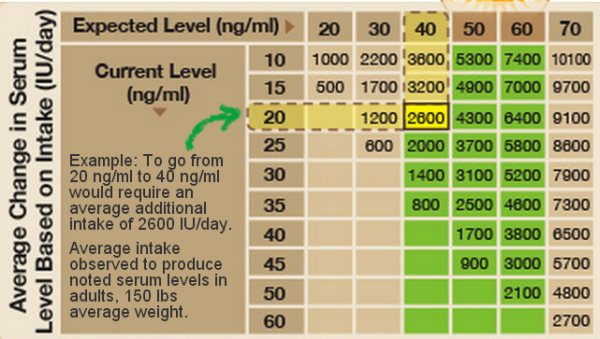