GC results in only a small reduction in MEASURED levels of vitamin D
But probably large reduction in the free/bioavailable vitamin D which actually gets to the cells. which is not measured
See also VitaminDWiki 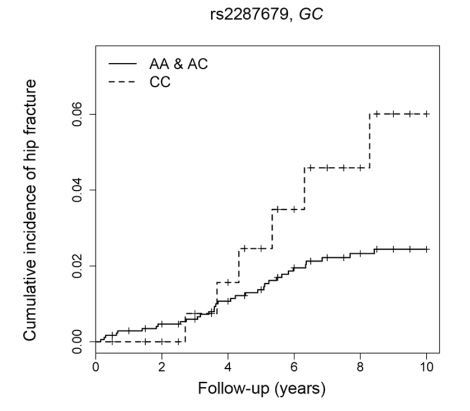 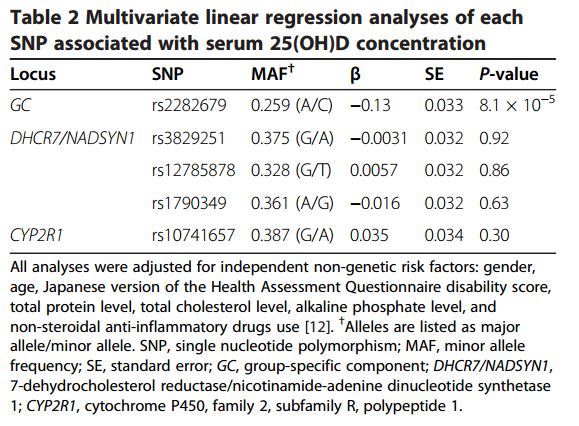 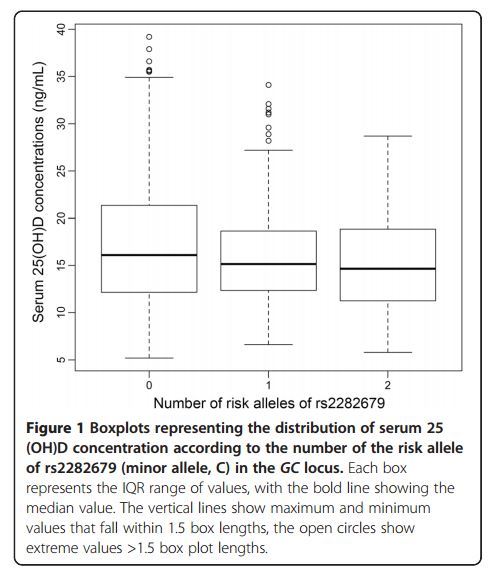 INTRODUCTION: Vitamin D deficiency has been reported to be common in patients with rheumatoid arthritis (RA) who have a higher prevalence of osteoporosis and hip fracture than healthy individuals. Genetic variants affecting serum 25-hydroxyvitamin D (25(OH)D) concentration, an indicator of vitamin D status, were recently identified by genome-wide association studies of Caucasian populations. The purpose of this study was to validate the association and to test whether the serum 25(OH)D-linked genetic variants were associated with the occurrence of hip fracture in Japanese RA patients.

METHODS: DNA samples of 1,957 Japanese RA patients were obtained from the Institute of Rheumatology, Rheumatoid Arthritis (IORRA) cohort DNA collection. First, five single nucleotide polymorphisms (SNPs) that were reported to be associated with serum 25(OH)D concentration by genome-wide association studies were genotyped. The SNPs that showed a significant association with serum 25(OH)D level in the cross-sectional study were used in the longitudinal analysis of hip fracture risk. The genetic risk for hip fracture was determined by a multivariate Cox proportional hazards model in 1,957 patients with a maximum follow-up of 10 years (median, 8 years).

CONCLUSIONS: A two-staged analysis demonstrated that rs2282679 in GC was associated with serum 25(OH)D concentration and could be a risk factor for hip fracture in Japanese RA patients.

Hip Fracture 2.5 times more likely if poor Vitamin D Binding Protein gene - Aug 2015         (Cached) Printer Friendly PDF this page! Follow this page for updates
This page is in the following categories (# of items in each category)