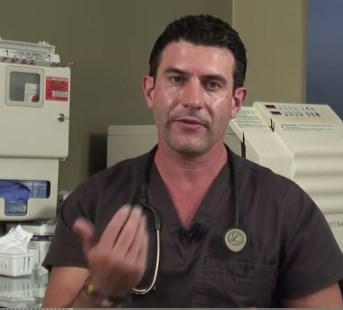 You know, what we're finding is sunshine is the happy vitamin. Sunshine equals more vitamin D. So let's talk a little bit about vitamin D. Vitamin D is actually not a vitamin. If you look back when it was coined back in the 1940s, it's actually a hormone. It's almost identical in structure to testosterone. So vitamin D and testosterone have a lot of similar effects on the body.

You know testosterone's touted for increasing strength, increasing bone density, increasing vitality, increasing energy. Vitamin D is almost exactly the same molecule. It's just slightly changed. If you look at our body, there's a receptor for vitamin D on almost every cell on your body. So that means when you have vitamin D in your body, it's going to affect the processes of any part of your body.

Some of the positive things vitamin D can do for you is vitamin D can increase bone density in both males and females. It decrease arthritis rates and it decreases fractures. It also is known as the kind of happy vitamin. There's a syndrome called SAD, seasonal affective disorder, which is just related to that fluctuation of vitamin D goes down in the winter months, kind of creeps back up in the summer. So you feel more energetic in the summer. Very easy. Get more vitamin D during the winter months.

Interestingly enough, they did a study on seniors down in Florida during the summer months, and their vitamin D levels were sub-optimal. So it's just saying the sun is usually not adequate to get your levels to a high enough level. If you look at the levels in a lab, it's usually a normal. It's 30 to 100, okay? So some people come up to me and they'll say, "Oh, my level's 31. I'm great. My vitamin D level's normal." I'll say, "Well, it's normal, but it's not optimal." You want to be optimal, so you want to get that level from 30 up to about an 80. So vitamin D optimization's what we're talking about. We're not talking about normal vitamin D, we're talking about optimization.

So vitamin D's very, very important for a lot of different reasons. Another interesting study shows that people who take vitamin D had up to a 20% increase in their strength, just by taking a vitamin D supplementation, to get that level up towards an optimum level.

So either go lay out in the sun. But unfortunately a lot of us live in states where it's a little bit colder. We're not outside as often. And if not, take some vitamin D to get those levels a little bit higher.

Have been looking for documentation, but no data yet. 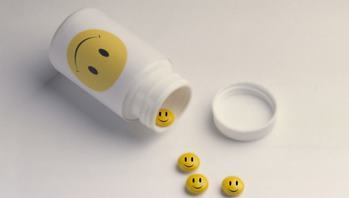 The TOP (most read) articles in Depression and Vitamin D are listed here:

The happy Vitamin – Vitamin D – a 2 minute video March 2014         Printer Friendly PDF this page! Follow this page for updates
This page is in the following categories (# of items in each category)