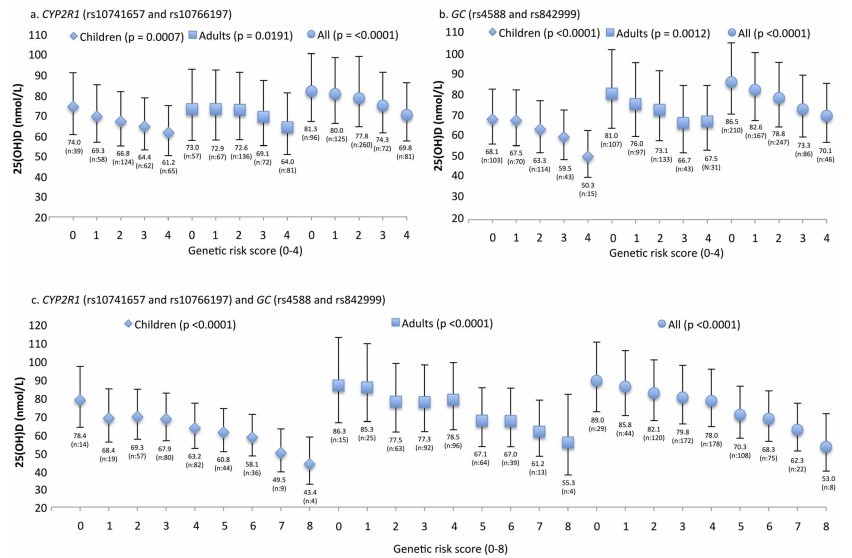 Gene differences can result in 14 ng difference in vitamin D levels– Feb 2014         Printer Friendly PDF this page! Follow this page for updates
This page is in the following categories (# of items in each category)