(note: very little is said on their Consensus
Consensus Statement on Vitamin D and Sun Exposure in New Zealand.
Issued by Ministry of Health and Cancer Society of New Zealand, Wellington, March 14, 2012

It is important to note that:

Based on data from many other countries which you can find in VitaminDWiki (NZ did not release their data) we anticipate:

>90% less than 30 nanograms on the Southern (less sunny) island in the winter
For those in a high risk group (dark skin, senior, pregnant, obese)

The consensus statement talks about getting 50,000 IU of vitamin D3 monthly,which is only 1,600 IU daily.

The statement notes that number of people in NZ getting this prescription Vitamin D3 has
Increased by 2X from 2007 to 2010.
If we assume that it has doubled again since then,
8% of all New Zealanders had a vitamin D prescription BEFORE the release of this consensus statement

A much better dose to suggest for at-risk New Zealanders would have been 50,000 IU twice a month.

(3,200 IU is less than the upper limit recommended for all people in the US)

The NZ consensus statement FAILED TO:


They are under great restriction to recommend more vitamin D due to the intense Slip/Slop/Slap campaign
which has been underway in New Zealand and Australia for the past 40 years.

At some future time NZ will be making a statement about vitamin D needs for those who are pregnant.
(Hint: from many studies on VitaminDWiki 6,400 IU daily = approx 50,000 IU once a week)

CLICK HERE for PDF of the consensus statement of March 14, 2012 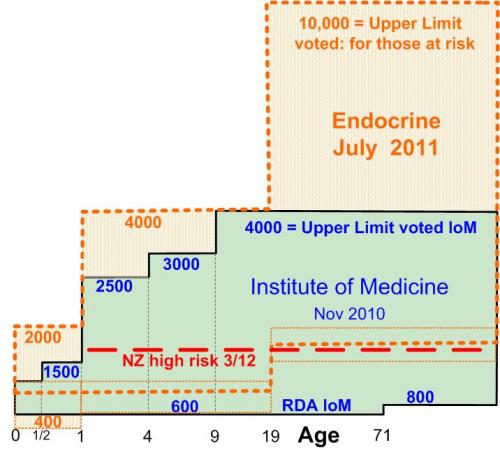 Australia noticed a similar deficiency 3 months before NZ: 73 % of Australians had < 30 ng of vitamin D

Again, would be even higher percentage of those in Australia at high risk, high latitude, etc. etc.

Note: ALL 25 of the recommendations are greater than the 20 ng recommended by govts of Australia and the US

However on the other side of the world 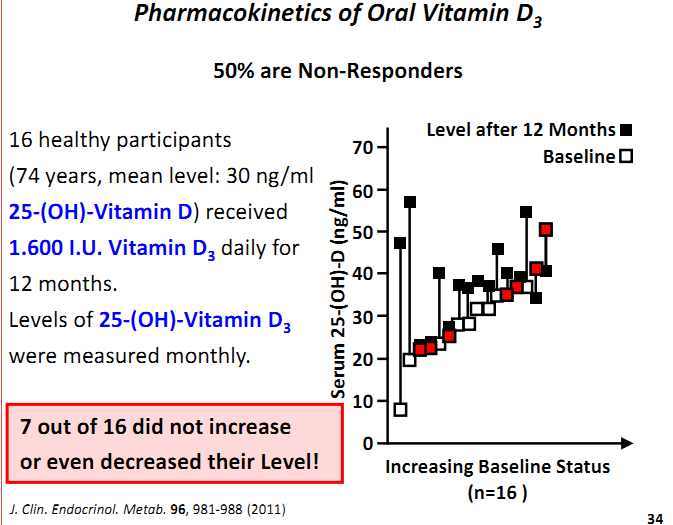 New Zealand consensus: at risk should take more Vitamin D – March 2012         Printer Friendly PDF this page! Follow this page for updates
This page is in the following categories (# of items in each category)