Association of serum 25-hydroxyvitamin D with the risk of death in a general older population in Finland.

METHODS: The study population included 552 men and 584 women aged 53-73 years who were free of CVD and cancer at baseline in 1998-2001 from the prospective, population-based Kuopio Ischaemic Heart Disease Risk Factor (KIHD) Study. Deaths were ascertained by a computer linkage to the national cause of death register. All deaths that occurred from the study entry to December 31, 2008, were included. Cox proportional hazards regression models were used to analyze the association between serum 25(OH)D and risk of death. 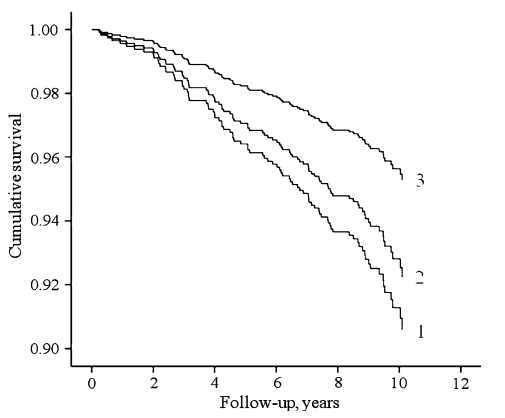 The study looked at a great many other factors
A few, such as the following, were statistically and significantly different between the groups
C-reactive protein Group 3= 2.4, Group 1 = 3.3
Leisure-time physical activity Group 3 = 218 , Group 1 = 169 kcal/day 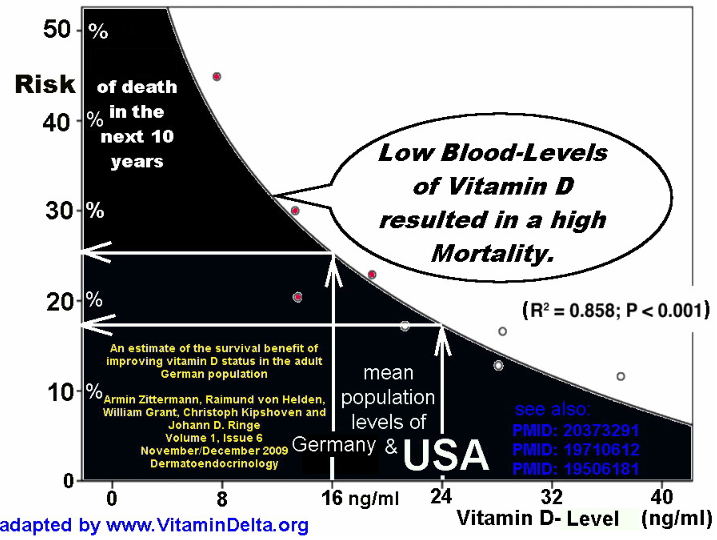 Low vitamin D increased death rate 2X in Finland – Aug 2011         Printer Friendly PDF this page! Follow this page for updates
This page is in the following categories (# of items in each category)

Chance of dying increases by 25 percent in seniors if low vitamin D – Meta-an...