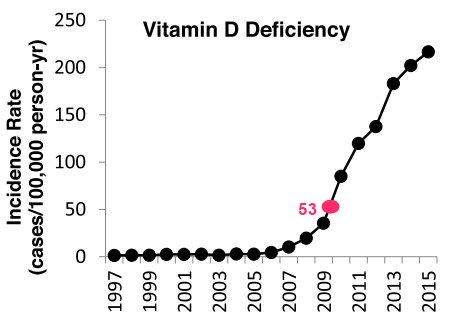 This article uses the now disbanded Institute of Medicine definition of deficiency: < 20 ng
Vitamin D levels have been crashing has the following chart 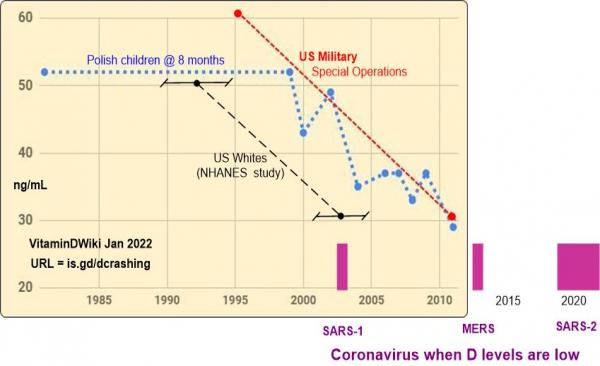 Is 50 ng of vitamin D too high, just right, or not enough
Note: Some US military had 60 ng

Conclusions
The overall rate of clinically-diagnosed vitamin deficiencies and disorders was low but higher in women and minority subgroups. As for most illnesses, the diagnosed incidence of such disorders may be an underestimate of the actual incidence. These findings can guide clinical decision making with regard to testing for nutritional deficiencies and delivering public health information to at risk populations.

Vitamin deficiency in US military – Vitamin D is the most prevalent and is growing rapidly – June 2021         Printer Friendly PDF this page! Follow this page for updates
This page is in the following categories (# of items in each category)
Deficiency of Vitamin D 392