My having a high level of vitamin D for over 2 years helped reduce many aches and pains, but did not stop or even slow my hair loss (age 66)
Even taking all of the bone/vitamin D cofactors did not stop hair loss (Magnesium, Silicon, Boron, etc)
However, 2 months ago I decided to add scalp massage, which had really helped my father re-populate his scalp
(he was a carpenter who worked outdoors most of his life, probably getting plenty of vitamin D)
Nightly 3 minute scalp massage (to increase blood circulation) resulted in detectable hair re-growth in 2 weeks and excellent regrowth in 6 weeks.
I leave the scalp massager plugged in next to the bed so that it takes no time to setup for the nightly massage.

Perhaps just massage would have helped, I do not know.
Conclusion for others: None: I have no idea if the combination will work for you.

There are a huge number of scalp massagers sold on Amazon - both mechanical and electric
I happened to purchase an electric massager made by Wahl for $22, which has a hair attachment (not shown) 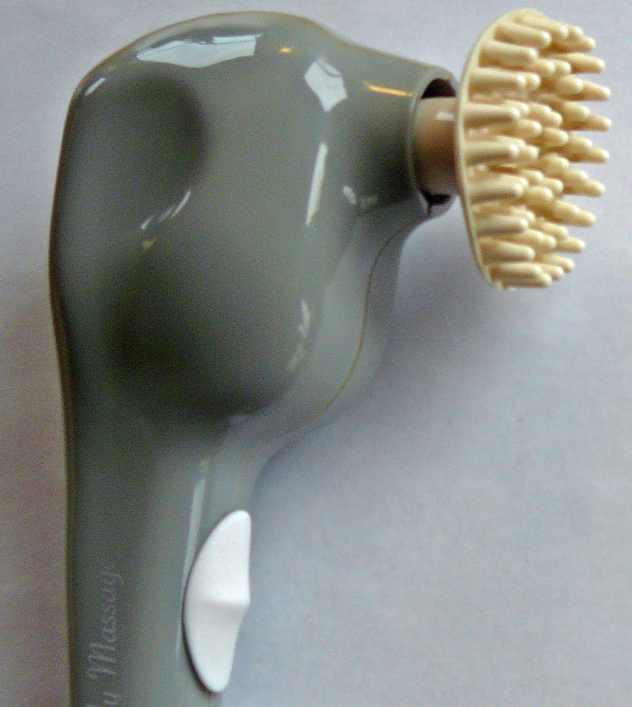 Clipped from above on chemotherapy-induced hair loss

The Vitamin D receptor (VDR) plays a critical role in epidermal homeostasis. The ligand-dependent actions of the VDR attenuate epidermal keratinocyte proliferation and promote keratinocyte differentiation. Calcium can compensate for the absence of the VDR in maintaining a normal program of epidermal keratinocyte differentiation both in vitro and in vivo. In contrast, the effects of VDR ablation on the hair follicle cannot be prevented by maintaining normal calcium levels and are independent of 1,25-dihydroxyvitamin D. These actions of the VDR are critical in the keratinocyte stem cell population that resides in the bulge region of the hair follicle. Absence of a functional VDR leads to a self-renewal and lineage progression defect in this population of stem cells, resulting in the absence of post-morphogenic hair cycles. The molecular partners and downstream target genes of the VDR in this unique population of cells have not yet been identified.
--

Serum ferritin and vitamin d in female hair loss: do they play a role? - 2013

METHODS: Eighty females (18 to 45 years old) with hair loss, in the form of TE or FPHL, and 40 age-matched females with no hair loss were included in the study. Diagnosis was based upon clinical examination as well as trichogram and dermoscopy. Serum ferritin and vitamin D2 levels were determined for each participant.

These levels decreased with increased disease severity.
Serum ferritin cut-off values for TE and FPHL were 27.5 and 29.4 μg/l, respectively, and those for vitamin D were 40.9 and 67.9 nmol/l.

CONCLUSION: Low serum ferritin and vitamin D2 are associated with hair loss in females with TE and FPHL. Screening to establish these levels in cases of hair loss and supplementing with them when they are deficient may be beneficial in the treatment of disease. 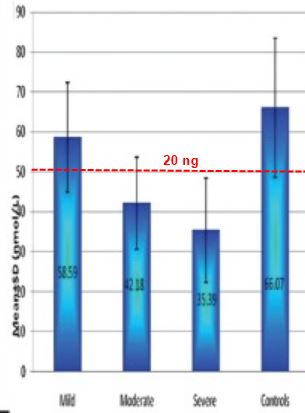 BACKGROUND: Alopecia areata (AA) is a common, recurrent, autoimmune hair disorder. It has been found that vitamin D deficiency is associated with many autoimmune diseases.

CONCLUSION: AA patients have lower levels of 25-hydroxy vitamin D than healthy subjects. More studies are required to assess the value of vitamin D supplementation in the treatment of that disease.
&nbspDownload the PDF from VitaminDWiki

BACKGROUND: Female pattern hair loss (FPHL) is the most common cause of alopecia in women, characterized by diffuse nonscarring hair loss in frontal, central, and parietal areas of the scalp. Pathophysiology of FPHL is still not well known, and it is probably a multifactorial genetic trait. FPHL is also observed in women without increased androgen levels, which raises the likelihood of androgen-independent mechanisms and explains the lack of response to antiandrogen treatments in some patients. Vitamin D is a factor that has recently been considered in dealing with these patients. The purpose of this study was to evaluate the serum levels of Vitamin D in patients with FPHL and compare it with healthy controls.

METHODS: In this case-control study, 45 women with FPHL were evaluated as well as the same number of healthy women matched for age, hours spent under sunlight per day, and body mass index. Serum 25(OH) D3 level was measured using ELISA.

CONCLUSIONS: This study indicated the correlation between the incidence of FPHL and decreased serum levels of Vitamin D3. It is recommended to evaluate serum Vitamin D3 levels as well as other hormone assays in these patients.

My beard growth perhaps aided by Vitamin D and Zinc

Vitamin D reduces hair loss         Printer Friendly PDF this page! Follow this page for updates
This page is in the following categories (# of items in each category)
Autoimmune 167 Cancer - after diagnosis 87