Atopic dermatitis (AD) is a common skin disease characterized by a complex pathogenesis not completely understood despite numerous studies to date. The clinical patterns result from interactions between genetic disorders determining abnormalities in the epidermis differentiation complex, modification of the cutaneous barrier, and dysfunction of immune responses.

Several studies have shown that an alteration of the skin barrier combined with immune dysfunction is important for the onset, maintenance, and risk of exacerbations of the disease.

In recent years, new aspects regarding the pathogenesis of the disease, such as the effects of vitamin D (VD) on immunity at the skin level and the role of certain microorganisms (particularly Staphylococcus and Malassezia species) on eczema exacerbations, have been evaluated.

This article provides an overview of the evidences supporting the link between VD (deficiency) and microorganisms (skin colonization/sensitization) in AD pathogenesis, based on comprehensive review of the literature. By considering different aspects of disease, it might be possible to improve our understanding, particularly in those patients refractory to conventional treatments. An electronic research strategy was used to search in Medline Pub-Med Library using as research words AD, exacerbation, VD, Staphylococcus aureus (SA), and Malassezia. The results were downloaded and analyzed for systematic review. Few studies actually consider the relationship between VD deficiency (VDD), AD, and SA and Malassezia, but many suggest a correlation between these factors. VDs play a major role against microorganisms in the development of AD and should be considered when treating patients. 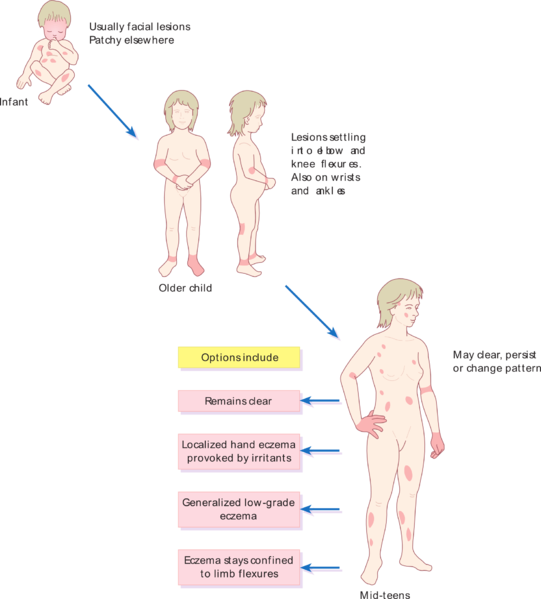 Evidence indicating that vitamin D deals with microorganisms in atopic dermatitis – Jan 2015         Printer Friendly PDF this page! Follow this page for updates
This page is in the following categories (# of items in each category)
Skin 106