Vitamin D in the General Population of Young Adults with Autism in the Faroe Islands.

Vitamin D deficiency has been proposed as a possible risk factor for developing autism spectrum disorder (ASD). 25-Hydroxyvitamin D3 (25(OH)D3) levels were examined in a cross-sectional population-based study in the Faroe Islands. The case group consisting of a total population cohort of 40 individuals with ASD (aged 15-24 years) had significantly lower 25(OH)D3 than their 62 typically-developing siblings and their 77 parents, and also significantly lower than 40 healthy age and gender matched comparisons. There was a trend for males having lower 25(OH)D3 than females. Effects of age, month/season of birth, IQ, various subcategories of ASD and Autism Diagnostic Observation Schedule score were also investigated, however, no association was found. The very low 25(OH)D3 in the ASD group suggests some underlying pathogenic mechanism. 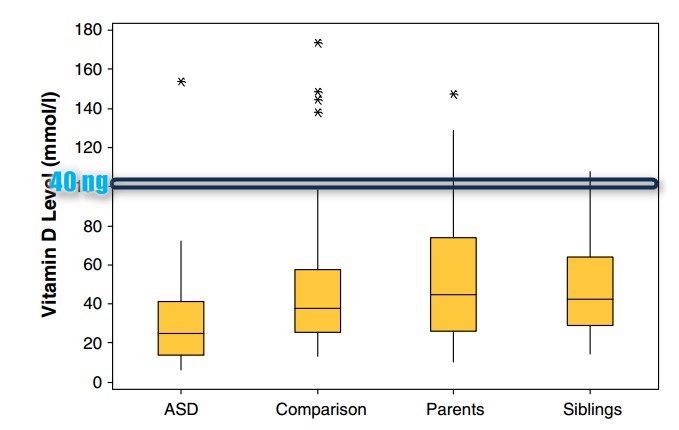 Matrix of vitamin D levels for each group 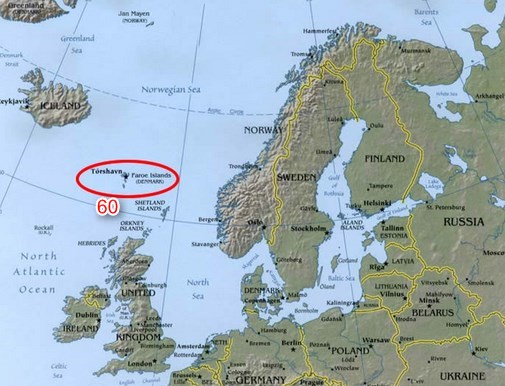 Autistic teens have lower levels of vitamin D than siblings or parents – June 2014         Printer Friendly PDF this page! Follow this page for updates
This page is in the following categories (# of items in each category)
Autism 135