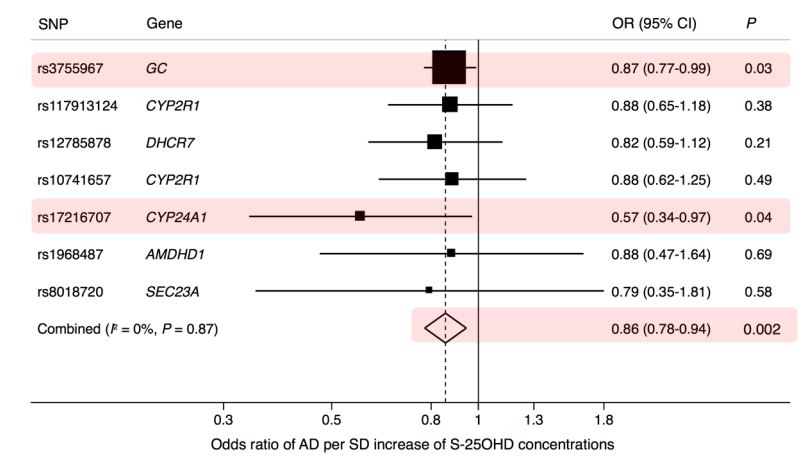 Information on Genes in VitaminDWiki

258 articles in the Genetics category 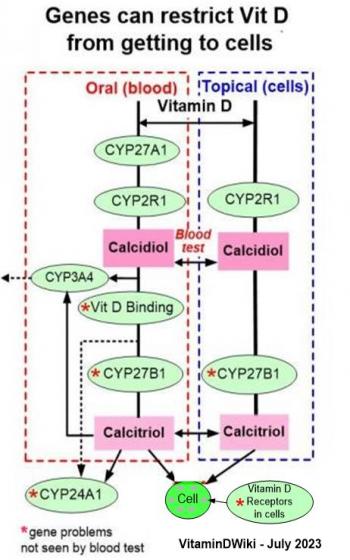 Studies in both categories Cognition and Vitamin D Receptor

Data for AD were acquired from the International Genomics of Alzheimer’s Project (17,008 AD cases and 37,154 controls). Genetically higher S-PTH concentrations were not associated with AD (odds ratio per standard deviation increase in S-PTH = 1.11; 95% CI 0.97–1.26; p = 0.12). In contrast, all seven 25OHD-increasing alleles were inversely associated with AD and two of the associations were statistically significant (p < 0.05). The odds ratio of AD per genetically-predicted one standard deviation increase in S-25OHD was 0.86 (95% CI 0.78–0.94; p = 0.002).
This study provides evidence that vitamin D may play a role in AD but
found no significant association between S-PTH and AD.