Items in both categories Diabetes and Infant-Child (proxie for T1D):

Items in categories Diabetes and Infant-Child (proxie for T1D) and Vitamin D Receptor:

Items in categories Diabetes and Infant-Child (proxie for T1D) and Omega-3: 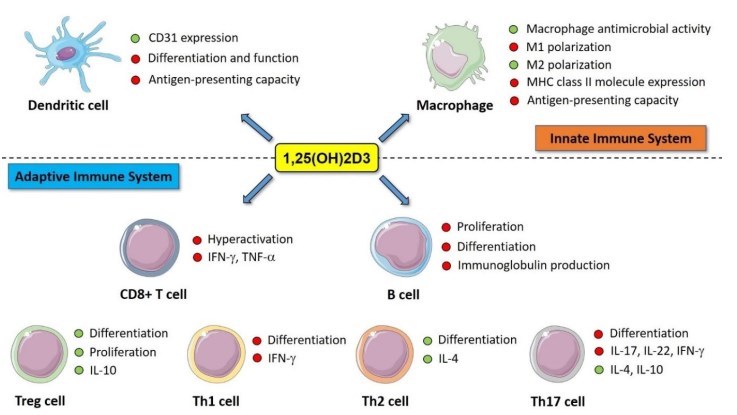 T1D is considered as a multifactorial disease, in which genetic predisposition and environmental factors interact to promote the triggering of autoimmune responses against beta cells. Over the last decades, it has become clear that vitamin D exerts anti-inflammatory and immunomodulatory effects, apart from its well-established role in the regulation of calcium homeostasis and bone metabolism. Importantly, the global incidence of vitamin D deficiency is also dramatically increasing and epidemiologic evidence suggests an involvement of vitamin D deficiency in T1D pathogenesis.

Polymorphisms in genes critical for vitamin D metabolism have also been shown to modulate the risk of T1D.

Moreover, several studies have investigated the role of vitamin D (in different doses and formulations) as a potential adjuvant immunomodulatory therapy in patients with new-onset and established T1D.

This review aims to present the current knowledge on the immunomodulatory effects of vitamin D and summarize the clinical interventional studies investigating its use for prevention or treatment of T1D.