The darker the child’s skin, the lower the vitamin D level (Spain) – March 2014 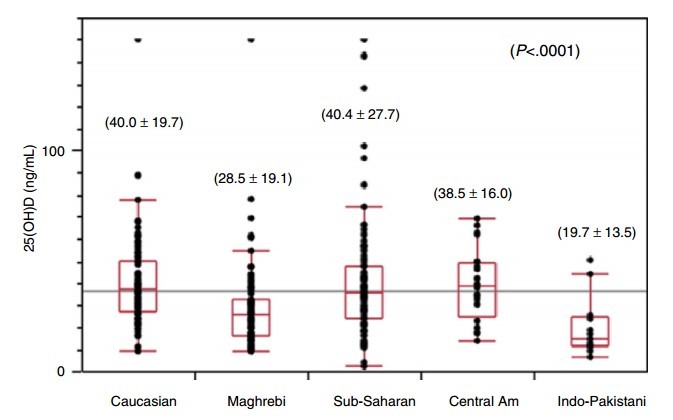 Introduction
Nutritional rickets is an emergent disease in Spain, and occurs particularly in black and dark-skinned infants and children from immigrant populations. The aim of this study was to ascertain the vitamin D reserve in a population of native and immigrant children under the age of 6 years.

Conclusions
Plasma vitamin D concentrations were deficient in 22.5% of children under the age of six, being more prevalent in children of Indo-Pakistani and Maghrebí origin.

The darker the child’s skin, the lower the vitamin D level (Spain) – March 2014         Printer Friendly Follow this page for updates
This page is in the following categories (# of items in each category)
Skin - Dark 386