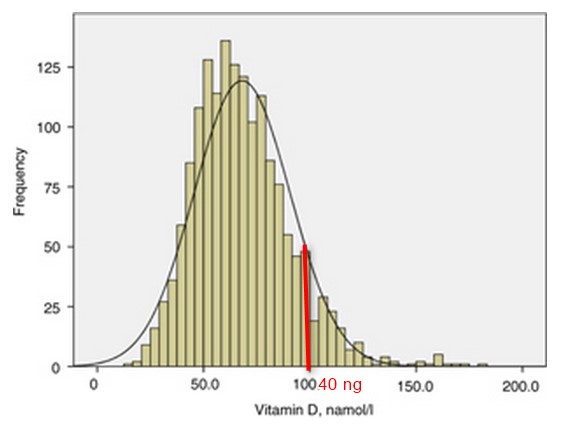 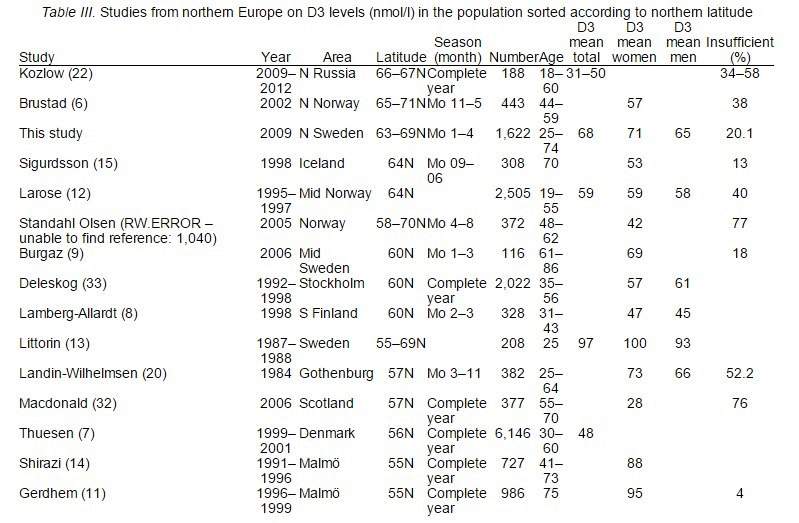 Background. Even though vitamin D is mainly produced by exposure to sunlight, little is known regarding vitamin D levels in populations living in sub-Arctic areas with little or no daylight during winter.

Objective. We describe distributions of vitamin D3 and the prevalence of adequate levels in a population living above 63°N.

If subjects using vitamin D-supplementation are excluded, the population level of D3 is 1–2 nmol/l lower than in the general population across sex- and age groups. There were no differences between the northern or the southern parts, between urban or rural living or according to educational attainment. Those subjects born outside of Sweden or Finland had lower levels.

Conclusion. The large majority living close to the Arctic Circle in Sweden have adequate D3 levels even during the second half of the dark winter. Subjects with D3 deficiency were uncommon but insufficient levels were often found among young men.

Swedish people in far North have OK vitamin D levels (perhaps from diet) – May 2015         Printer Friendly PDF this page! Follow this page for updates
This page is in the following categories (# of items in each category)
Food sources for Vitamin D 108 Vitamin D Far from equator 113