Global, regional, and national burden of neurological disorders, 1990–2016: a systematic analysis for the Global Burden of Disease Study 2016

Vitamin D has been proven to both prevent AND treat Strokes 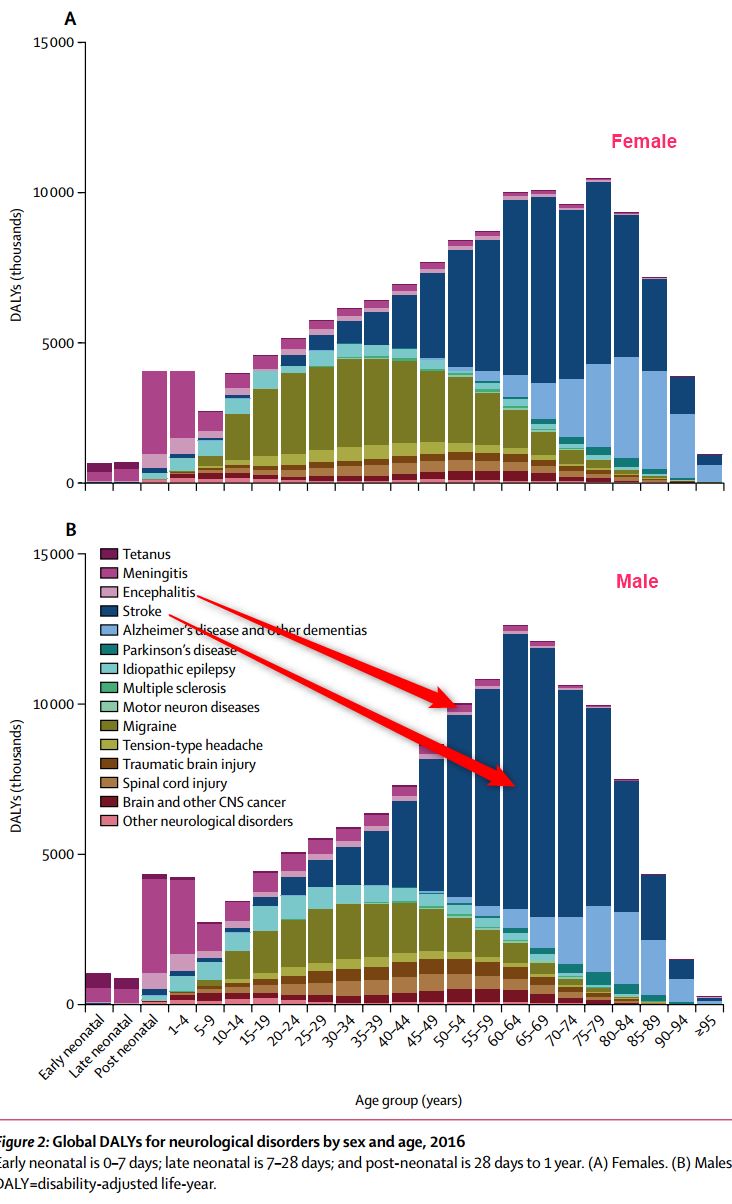 Neurological disorders are increasingly recognised as major causes of death and disability worldwide. The aim of this analysis from the Global Burden of Diseases, Injuries, and Risk Factors Study (GBD) 2016 is to provide the most comprehensive and up-to-date estimates of the global, regional, and national burden from neurological disorders.

We estimated prevalence, incidence, deaths, and disability-adjusted life-years (DALYs; the sum of years of life lost [YLLs] and years lived with disability [YLDs]) by age and sex for 15 neurological disorder categories (tetanus, meningitis, encephalitis, stroke, brain and other CNS cancers, traumatic brain injury, spinal cord injury, Alzheimer's disease and other dementias, Parkinson's disease, multiple sclerosis, motor neuron diseases, idiopathic epilepsy, migraine, tension-type headache, and a residual category for other less common neurological disorders) in 195 countries from 1990 to 2016. DisMod-MR 2.1, a Bayesian meta-regression tool, was the main method of estimation of prevalence and incidence, and the Cause of Death Ensemble model (CODEm) was used for mortality estimation. We quantified the contribution of 84 risks and combinations of risk to the disease estimates for the 15 neurological disorder categories using the GBD comparative risk assessment approach.

Globally, the burden of neurological disorders, as measured by the absolute number of DALYs, continues to increase. As populations are growing and ageing, and the prevalence of major disabling neurological disorders steeply increases with age, governments will face increasing demand for treatment, rehabilitation, and support services for neurological disorders. The scarcity of established modifiable risks for most of the neurological burden demonstrates that new knowledge is required to develop effective prevention and treatment strategies.

Strokes result in many years of disability (Vitamin D can help) GBD – March 2019         (Cached) Printer Friendly PDF this page! Follow this page for updates
This page is in the following categories (# of items in each category)
Stroke 108