Preterm infants, kidney, rickets and vitamin D intake: is it time for rewriting the history – Aug 2014

Their title, not mine

Great advances in neonatal intensive care have improved survival rates of infants who once had little chance for survival such as preterm babies [1, 2]. Organ system immaturity in preterm infants is connected with long term complications that have both clinical and public health importance [1]. Severe hypoxia occurs in most preterm infants leading to cell death which may be necrotic or apoptotic [1]. Significant elevation of apoptotic activity has been shown to play a prominent role in the pathogenesis of several diseases associated with prematurity such as renal dysfunction [1]. In the kidneys of preterm infants, apoptosis has been described in tubular epithelial cells [1]. Renal tubular cell apoptosis has been shown to play a critical role in the pathogenesis of acute renal failure [3]. The consequences of premature birth or low birth weight on nephrogenesis, final nephron number and long-term kidney function are still not well defined [2].The kidney of low birth weight preterm infan . . .

VitaminDWiki believes that the history does not have to be re-written.

However, the current recommendations need to be increased to face the reality that virtually EVERYONE now has less vitamin D.
Reasons for Vitamin D deficiency 34 reasons as of 2014 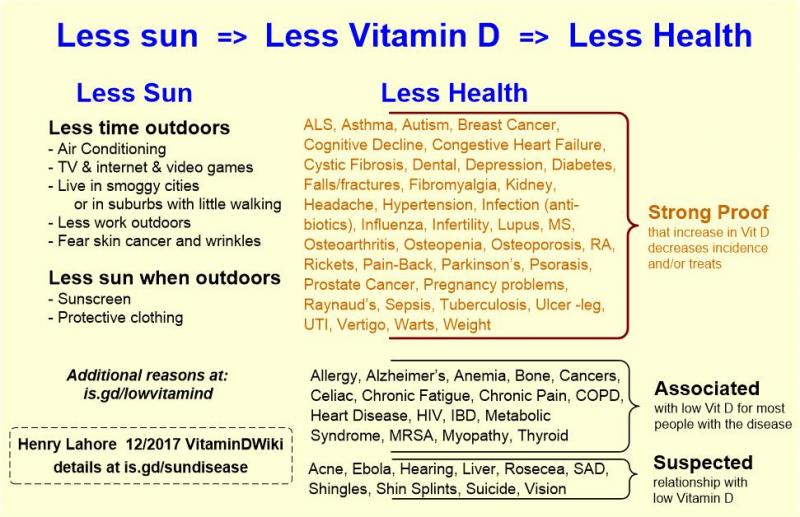 
Just the TOP articles in Infant-Child and Vitamin D are listed here:

Preterm infants, kidney, rickets and vitamin D intake: is it time for rewriting the history – Aug 2014         Printer Friendly PDF this page! Follow this page for updates
This page is in the following categories (# of items in each category)
Rickets 126 Infant-Child 735