Study PDF can be viewed on Deepdyve 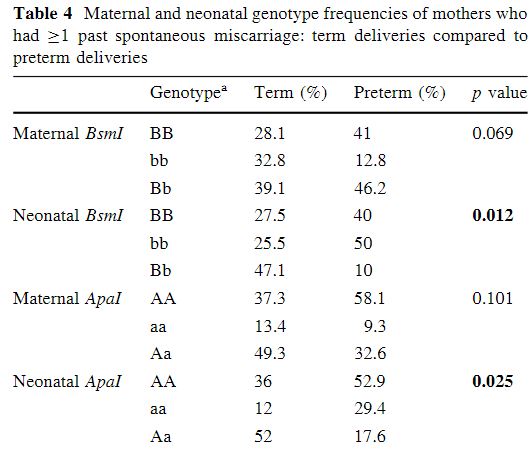 PURPOSE:
Preterm birth (PTB) is a complex trait with strong genetic background, whose etiology is not fully understood. It was recently suggested that pregnancy duration is affected by fetal genetic variation even more than by the maternal genome. Vitamin D receptor (VDR) is involved in embryonic implantation and fertility. We studied the association between both maternal and neonatal vitamin D receptor (VDR) genetic variation and PTB.


CONCLUSIONS:
We show association between maternal and fetal VDR genotype variants with PTB.