Background: Pressure ulcers are common among older adults, but knowledge about nutritional risk factors is still developing. Vitamin D deficiency is common in the elderly population and is required for normal skin proliferation. The role of vitamin D in pressure ulceration and wound healing is not known. The purpose of this case–control study was to determine the association between vitamin D levels and pressure ulceration in an older community-dwelling cohort.

Methods: All cases and controls were community-dwelling elderly older than 60 years in a primary care panel in Olmsted County, MN. Pressure ulcer cases were defined clinically. The controls were age-matched and gender-matched to controls without pressure ulceration. The main exposure variable was 25-hydroxyvitamin D levels in both groups. The other exposure variable was the Charlson Comorbidity Index used to measure medical comorbidity. The analysis included univariate and conditional logistic regression for 25-hydroxyvitamin D levels. 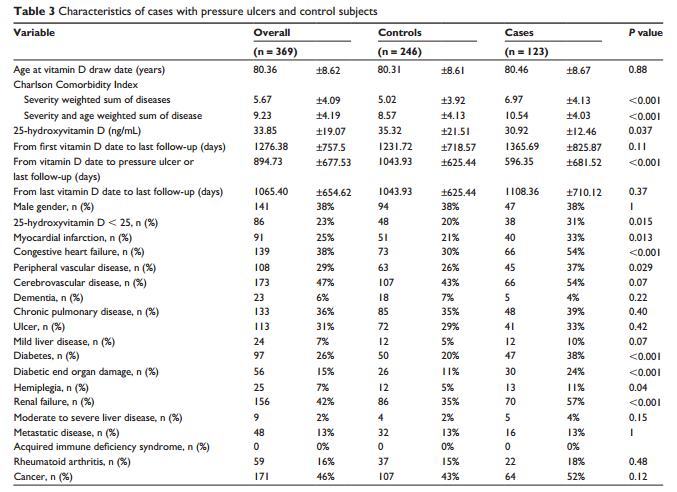